The ad has been conceptualised by Ogilvy & Mather, Kolkata, and uses the central theme of ‘Linc pen lo, kismat badlo’ 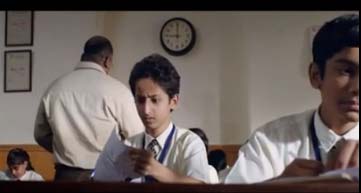 The ad has been conceptualised by Ogilvy & Mather, Kolkata, and uses the central theme of ‘Linc pen lo, kismat badlo’

Linc Pen has launched its new ad campaign with the tagline “Linc pen lo, kismat badlo”. The objective behind the campaign is to break through the clutter of the vast unorganised pen market and create a brand preference for Linc. Unlike in the earlier ads where Linc had a product focus, this campaign focuses on Linc as the brand to watch out for while choosing a pen. The ad has been conceptualised by Ogilvy & Mather, Kolkata. The brand aims to connect with young adults through its low involvement range of pens which are mostly below Rs 15.

Tanmay Chattopadhyay, GM, Marketing, Linc Pen, said, “The writing instrument market is low-involvement and highly fragmented. About 80 per cent of the industry’s revenue comes from pens priced up to Rs 20. Through these ads we want students/employees and others to reconsider which brand of pen they are buying.”

Linc, with around 10 per cent share of the Rs 2,500-crore market, is the third largest player in the pen industry inIndia.

Commenting on the concept, Sumanto Chattopadhyay, Executive Creative Director, O&M, said, “The Linc Pen ads are cautionary tales that warn us, with a dash of wicked humour, to place as much importance on what we write with as we do on what we write."

The creative idea has been executed by showing slice of life situations amongst various age groups – a schoolboy in an examination hall, a guy going appearing for his first interview, and a man about to get married. The campaign shows how unexpected events can happen when you buy the wrong pen.

The TV campaign comprising three ad films will be supported by an integrated marketing campaign. Apart from outdoor and increased visibility at trade outlets, they will also have on-ground promotions, retail activation, sell in schemes apart from social activation through digital platforms. The company aims to shore up its retail presence in South and West markets through this marketing campaign.

Post-production Studio: After and Pixion, Mumbai