Ditto TV ties up with IndiaCast 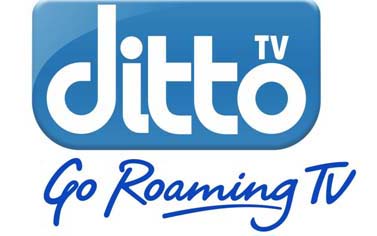 Ditto TV ties up with IndiaCast

Ditto TV, India's first OTT (Over-the-Top) TV distribution platform from Zee New Media, the digital arm of Zee Entertainment Enterprises (ZEE), has announced its partnership with IndiaCast Media Distribution by adding 19 new channels to its bouquet.  The IndiaCast stable consists of 12 regional, five news, one entertainment and one music channel. With this addition, Ditto TV subscribers also get access to premium channels such as Colors, CNBC TV18 and MTV.

Vishal Malhotra, Business Head - New Media, ZEE, said, "This partnership with IndiaCast Media Distribution spells a momentous occasion for Ditto TV and takes us to the 50-channel mark, ensuring that we continue to delight our customers across the world with rich, premium and quality content, anytime, anywhere. The resounding success that our offering has seen in India and globally, with over half a million downloads, reaffirms our faith in the vision that led to the creation of Ditto TV to lead the transition that the world is witnessing in content consumption. Ditto TV will continue to drive innovation in this sector, thereby consolidating our position as a pre-eminent OTT distribution platform worldwide.”

This partnership is in addition to the partnerships Ditto TV already has in place with other leading content providers such as ZEE, Multi Screen Media (Sony Entertainment Television), Sri Adhikari Brothers, TV Today Network, BBC, and Big CBS. The Ditto TV platform will help IndiaCast Media Distribution to strengthen its existing viewers and to reach out to new audiences that is increasingly turning to mobile phones, tablets, and laptops for infotainment.