IBF President Man Jit Singh says the provision of devices and collection & analysis of data will not be handled by a single body, as in the case of TAM at present 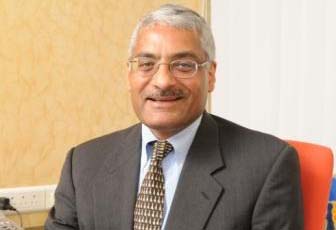 IBF President Man Jit Singh says the provision of devices and collection & analysis of data will not be handled by a single body, as in the case of TAM at present

With the call for Request for Information (RFI) for market establishment study, the new television audience measurement system by Broadcast Audience Research Council (BARC) is expected to be operational early next year. Around 250,000-350,000 respondents are expected to participate in the study which may cost up to Rs 20 crore, said Man Jit Singh, President, IBF, at a media conference organised by Broadcasting Content Complaints Council (BCCC) last week in New Delhi.

“Once the universe is known post establishment study, we will know how many measurement devices are required to reflect the universe. That is the statistical exercise that the technical committee of BARC will do in conjunction of ISA, AAAI and broadcasters. The decision on number of devices will involve cost and other analyses but I guess we will go with more than 25,000 measurement devices. As per the structure of BARC, 60 per cent of cost will be borne by broadcasters and 20-20 per cent by AAAI and ISA,” said Singh.

Singh further said, “We have called RFI. The existing service providers including TAM can bid. We will evaluate their qualification and their capabilities. Given the three bodies are together, there will be one measurement system for all of them. And coming from an industry body and not from any particular organisation, there is no question of monopoly. We are trying to break up into somebody putting in the boxes and another vendor doing the collection and analysis of data. That is not the case with TAM. So, clearly, there is going to be a separation. Whether TAM is a successful bidder is up to the technical committee.”

“Even in case TAM says that they are able to put in 25,000 devices, there will be another organisation doing analysis. It has to be separated into two vendors. That’s very deliberate in order to keep the transparency and checks and balances in the system. TAM is a JV between Nielsen and Kantar Media and all of them could bid separately. But one cannot bid for both devices and analysis. Our technical committee will make sure that service providers of both devices and analysis are different and have no association in any way. It doesn’t make sense to have two ratings system as the cost involved in two rating systems with 25,000 devices is huge which is not practical in a country like India,” Singh explained.