The responses need to reach BARC on or before the end of office hours on February 5, 2013 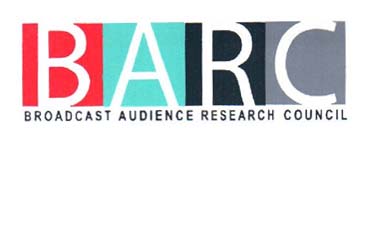 The responses need to reach BARC on or before the end of office hours on February 5, 2013

Punit Goenka, Chairman, BARC and MD & CEO, ZEE, said, “BARC is committed to building a television audience measurement system that becomes ipso facto the gold standard in its class worldwide. Given that BARC addresses a population of over 1 billion, of which over 0.6 billion have access to television in some form, I am confident that BARC will settle for nothing less than being the best.”

Television audience measurement in India has been around for nearly three decades. Beginning with a simple diary based system in the early 1980s covering Doordarshan, then the state-owned monopoly broadcaster, it evolved parallel to the evolution of the Indian TV market. By the mid-1990s, it was already covering satellite television and in the early part of this century, India was one of the earliest television markets to have a pure Peoplemeter based system.

Shashi Sinha, Chairman - TechComm, BARC and CEO of Lodestar UM & CEO of IPG Mediabrands India, stated, “At various times, more than one vendor has attempted to provide audience measurement but from 2002, TAM Media Research India, a joint venture of Nielsen and Kantar, has been the de facto provider of the measurement currency, being widely used by all three stakeholder constituencies for all commercial and marketing decision-making. It is clear that the legacy architecture of the system that has evolved incrementally is now ready for seminal change. However, what is not clear are the contours of the new system, which BARC aims to define.”

The challenges for an audience measurement system in the era of digitalisation bringing in its wake a massive expansion in choice of content coupled with accelerating adoption of new technologies that are shifting consumption away from the Fixed Time Chart (FTC) and spatially shifting it to personal digital appliances, are altogether different from the era when television meant living rooms, common choices and shared family experience.

BARC understands that a good system rests as much on a sound understanding of the footprint of the medium – the Establishment Study – as it does on continuous tracking of viewing behaviour – the Television Meter Panel. BARC is also aware of a number of technologies at varying stages of development that promise non-intrusive or minimally intrusive viewership measurement. BARC is aware of developments in the area of integrated media consumption metrics, e.g., IPA’s Touchpoints 4 exercise scheduled for next year. All these are of interest to the architecture of the future system in India. BARC expects respondents to incorporate their own experiences in these areas as items of emphasis in the response to this RFI.

The RFI seeks ideas, templates, experiences that will help BARC to blueprint the New Television Audience Measurement System. The annexure below lists a few questions that respondents may consider addressing as a part of their response to this RFI.

As per RFI, respondents will be expected to provide their inputs in the form of a report not exceeding 20 A4 pages in single spaced Verdana 10 point. Respondents should be willing to do a presentation not exceeding 1 hour at a BARC specified location in Mumbai or New Delhi. Respondents need to provide their credentials, TV measurement markets currently in their portfolio, organisation structure, focus towards India and, finally, their experience with TV audience measurement research. The responses need to reach BARC on or before the end of office hours on February 5, 2013 at the following address:

Respondents will receive the Request for Proposal (RFP) that will follow after the BARC concludes its study of the inputs received. It must be made clear that non response to this RFI will preclude further participation in the process that will lead up to the New Television Audience Measurement System.