The data release delayed by 2-3 days at the request of I&B Ministry in concurrence with IBF, AAAI & ISA 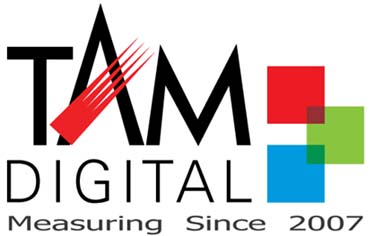 The data release delayed by 2-3 days at the request of I&B Ministry in concurrence with IBF, AAAI & ISA

While the broadcast industry and advertisers were awaiting the TAM data after 9 weeks, in a late night decision yesterday, TAM Media Research has decided to defer the release of data for a few days more. In a written statement released to media, TAM Media Research said, "At the request of I&B Ministry, Govt. of India, and in concurrence with IBF, AAAI & ISA, we are delaying the data release to Thursday/Friday. The reason for doing so is that the Govt. of India has requested us to withhold release of News channels data by two or three days. The industry is meeting with the ministry to take a decision. Thank you for your cooperation."

However, the sources informed BestMediaInfo.com that news channels had sought MIB intervention to postpone the release of data in the wake of election results of Gujarat and Himachal Pradesh on December 20. Poll counting is always a big day for all the news channels to earn maximum ad revenues and hence they did not want any possible ruckus created by the release of TAM data after 9 weeks. On a poll counting day earlier this year, BestMediaInfo.com had reported, "Hindi news channels rake in the moolah on poll counting day".

It may be recalled that in the wake of the impending phase-wise DAS implementation across India, the custodians of TAM Media Research – advertisers (ISA), media agencies (AAAI) and TV broadcasters (IBF) – had arrived at a joint consensus on the need to temporarily defer TAM TV viewing data release for All-India market for a period of nine weeks starting Week 41 (October 7, 2012, Sunday) and ending Week 49 (December 8, 2012). This deferred data was to be released today along with data for Week 50 (December 9-15, 2012).