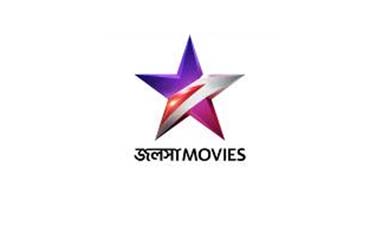 After entertaining millions through its compelling stories, Star Jalsha, Bengal’s favourite general entertainment channel, will further strengthen its bond with viewers through a new Bengali movie channel, Jalsha Movies, which will be launched on December 16, 2012. Jalsha Movies will treat viewers with the biggest library of Bengal’s most loved superhit films. The channel has signed West Bengal’s favourite superstar Dev as its brand ambassador.

The launch of a new movie channel is in line with Star Jalsha’s philosophy of ‘Chalo paltai’ (Let’s change) that aims at delighting viewers through contemporary stories from their surroundings. In just four years of its launch, Star Jalsha has become a part of Bengal’s everyday life.

Bengal and its people have over the years influenced cinema not only in India but the world over. The state’s love for films has catapulted its own film industry to newer heights, prompting investments in better technology and innovative content.

Star Jalsha had become the one-stop destination for viewers to catch their favourite Bengali blockbusters. The overwhelming response and rising demand from the audience gave Star Network the inspiration to launch the all-new 24-hour Bengali movie channel Jalsha Movies.

With a vast collection of all Bengali blockbusters, Jalsha Movies will prove to be a haven for Bengali movie lovers. The channel will commence its journey with the World Television Premiere of mega hit, superstar Jeet starrer ‘Awara’.

Kevin Vaz, President and GM, Star Jalsha, and President, Ad Sales at Star India, said, “We are happy to launch Jalsha Movies with a promise of bringing the best of Bengali blockbusters to our audience. Jalsha Movies is an extension of our commitment to constantly delight viewers by offering the best in entertainment. We are redefining the pleasure of watching movies by bringing the biggest movie hall in Bengal to every Bengali home.”

Mahendra Soni of Shree Venkatesh Films, a leading film producer and distributor in eastern India, said, “I am sure that the audience in Bengal will be overwhelmed with the experience. This launch is also good for the entertainment industry of Bengal to further strengthen its bond with cinema lovers.”

Aniruddha Roy Chowdhury, Producer & Director, said, “Jalsha Movies is launching at a time when the Bengali film industry is buzzing with fresh ideas from talented filmmakers. It will surely provide a strong platform for these young artists to connect with the audience.”

Dev, Bengal’s most loved star, feels proud to be the face of the new channel. “I am elated to represent Jalsha Movies. Through Jalsha Movies, I would like to thank the audience for their love and appreciation with the best in cinema,” he said.