Rajesh Jejurikar steps down at ZEE; to move back to M&M

In his short, ten-month stint, his role involved managing all the key verticals of the company, except programming 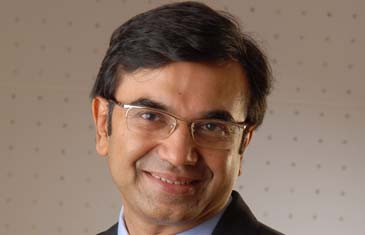 Rajesh Jejurikar steps down at ZEE; to move back to M&M

In his short, ten-month stint, his role involved managing all the key verticals of the company, except programming

Rajesh Jejurikar, President, Zee Entertainment Enterprises (ZEE), has stepped down after a brief stint of ten months. He is reported to be moving back to Mahindra & Mahindra as Chief Executive-Tractor and Farm Mechanisation, effective April 1, 2013.

An old M&M hand, Jejurikar had stepped down as Chief Executive Officer - Automotive Division, M&M, in November last year after a stint of 11 years with the company. He moved to ZEE where his role involved managing all the key verticals of the company, except programming.

Punit Goenka, MD & CEO, Zee Entertainment Enterprises, said, “In a short stint at ZEE, Rajesh has brought in new business perspectives and has contributed to the process immensely, bringing in positive business impact to the organisation. The entire ZEE family wishes him all success in his new endeavour.”

Speaking on his tenure at ZEE, Jejurikar said, “The time spent at ZEE was extremely fruitful. I am thankful to ZEE and Punit for giving me an opportunity to explore and broaden my experience in the media and entertainment space. ZEE has all the fundamentals required to become a global media enterprise. As I part ways and move back to the manufacturing sector, I wish ZEE all the success.”

Jejurikar’s last day with the company will be December 31, 2012. All verticals and department heads at ZEE will now report to Punit Goenka.