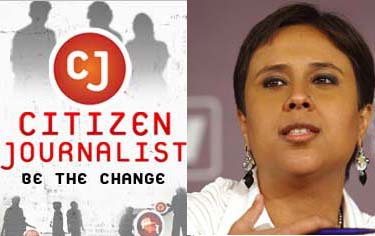 Asian Television Awards, one of the most celebrated events of the television industry, that recognises the outstanding achievements of terrestrial broadcasters, cable and satellite networks, and independent production houses in the region, announced the winners on December 6 in Singapore.

CNN-IBN’s The Citizen Journalist Show has once again won the 17th Asian Television Award in the Best Cross Platform Content category. This is the third successive Asian Television Award for the show. Anubha Bhonsle, Senior Editor of CNN-IBN, received the award at a grand function held in Singapore on December 6.

Speaking on the occasion, Ritu Kapur, Executive Editor, CNN-IBN, said, “It is a great honour for CNN-IBN. The credit goes to the minds behind the show for producing such brilliant work and highlighting the troubles the common man faces”.

The Citizen Journalist Show is a unique concept on news television that makes the common man an intrinsic part of news gathering efforts at CNN-IBN. The show gives a national platform to all those aggrieved citizens who want to change the system by highlighting the problems they face.

The award-winning episode of the CJ Show showcased stories of a Romanian victim of molestation who exposed Goa’s indifferent police; Aishwarya from Thiruvananthapuram who picked up the CJ mike to challenge the hartal culture in her state; and Ashish Limaye who forced Mumbai police to act by taking pictures of trucks illegally entering the city during peak hours.

NDTV Group Editor and President of Editorial Board Barkha Dutt was another winner from India who bagged Best Current Affairs presenter award for We The People with Hillary Clinton on NDTV24x7. Dutt was recently awarded the International TV Personality of the Year award by the Association for International Broadcasting.