Amit Chopra puts in his papers at HMVL 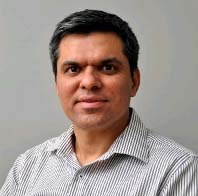 Amit Chopra puts in his papers at HMVL

Amit Chopra, CEO, Hindustan Media Ventures Ltd (HMVL), has decided to move on after seven years of association with the Hindustan Times group. Highly-placed sources in the industry have confirmed the development with BestMediaInfo.com. However, Chopra could not be contacted at the time of filing the report. Also, Chopra’s next destination could not be ascertained. He is currently serving his notice period till early next month.

Having joined HT Media in 2005, Chopra was made Chief Executive Officer of HMVL which publishes India’s third largest Hindi daily, Hindustan, on January 1, 2010.

Prior to HT Media, Chopra worked for more than 12 years with Hindustan Lever (HLL) and also had a one-year stint with EXL Services. During his long tenure at HLL, he handled important assignments in sales & marketing, the last one being Marketing Manager for the traditional tea business where he had the opportunity to lead a complete restructuring and renovation of the brand portfolio.

Chopra is a postgraduate from IIM Ahmedabad and a Mechanical Engineer from IIT Kharagpur.