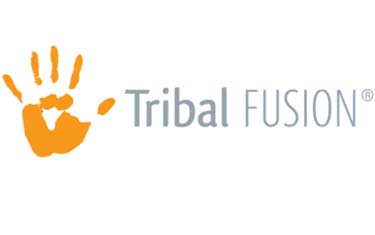 The executions take the basics of the Sidekick and Pushdown formats promoted by industry trade body Internet Advertising Bureau (IAB) but differ in key ways to drive higher rates of interaction and make them available on a greater scale. The move allows advertisers to combine the benefits of advanced online audience targeting with highly engaging ad formats.

Sidekick and Pushdown both aim to deliver high-impact campaigns and user-initiated brand engagement in online campaigns through mini-website experiences that open up when a user clicks or rolls over the basic ad. Once initiated, the units move the page content either to the side or down to reveal a much-expanded ad in which advertisers can add product information, video content and social sharing features. On closing, the unit collapses and page content moves back to its normal place.

Tribal Fusion’s versions work in exactly the same way but run in more commonly used display banner sizes, enabling them to be offered by many more web publishers. Also, Tribal Fusion has direct relationships with web publishers, which, combined with its technical integration with their web pages, enables the company to deliver new formats at greater scale. Tribal Fusion’s global display network reaches more than 450 million unique users worldwide every month and more than 75% of its display banner inventory is enabled for the new units.

The greater reach enables advertisers to combine the benefits of new, high-impact formats like Sidekick and Pushdown with the scale needed to use advanced online audience targeting techniques.

“Innovating these new forms of ad unit has meant that the scale available to advertisers wanting to use them reaches a whole new level,” said John McKoy, Managing Director APAC at Exponential Interactive. “Because an advertiser can leverage our advanced audience targeting capabilities, they will be able to reach their most valuable prospects with these new highly impactful and engaging campaigns.”

The new units have also been designed to provide a consistent and recognisable end-user experience. Both include similar animation features in the basic ad that invites the user to interact. Consumers that have engaged with one of the units before will recognise the same invitation in future campaigns.