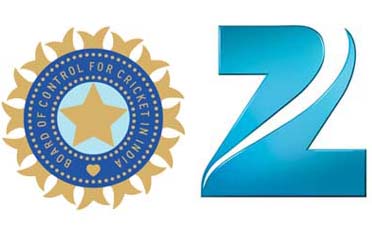 In a severe censure against the conduct of cricketing activities by BCCI, an Arbitral Tribunal consisting of eminent jurists Justice AS Anand (Retd.), former Chief Justice of India; Justice YK Sabharwal (Retd.), former Chief Justice of India; and Justice BN Srikrishna (Retd.), former Judge, Supreme Court of India, has held that the Board of Control for Cricket in India (BCCI) is guilty of  "exploiting its dominant position" and has also held the body guilty of unfair conduct against ZEE. The tribunal has held that ZEE was treated unfairly in its commercial contracts for launching the Indian Cricket League and it was illegally blacklisted.

The award was passed in favour of Zee Entertainment Enterprises (ZEE) holding that BCCI was guilty of breaching its contract with ZEE and that ZEE was entitled to damages on all counts including loss of goodwill, loss of profit and also refund of security deposit with interest. The tribunal passed an award of approximately Rs 140 crore to be paid by BCCI to ZEE by December 1, 2012, failing which the amount would carry interest at 11 per cent per annum till payment.

The dispute pertains to an agreement executed in April 2006 between BCCI and ZEE whereby ZEE was granted the exclusive media rights to telecast all ODIs to be held between India and any other country in any neutral territory outside India for a period of five years. The agreement was terminated illegally and invalidly by BCCI in May 2007 around the time of launch of the Indian Cricket League (ICL) by the Essel Group resulting in ZEE invoking arbitration for wrongful termination of the contract.

The termination of the agreement by BCCI after the series held in Abu Dhabi and the tri-series held in Malaysia was termed by the Tribunal as “clearly illegal and invalid”. In fact, the Tribunal mentioned in the award that “we are of the view that breach of agreement dated 12.04.2006 was committed by BCCI and not by the Claimant” (ZEE).

While passing the award, the observed: “It appears from the material on the record that BCCI took the action of termination of claimants rights under agreement dated 12.4.2006 on account of Claimant launching of ICL and not for reasons made out in its letter of termination.” The award further goes on to state: “To us it seems that BCCI was exploiting its dominating position in respect of game of cricket in India.”

The award amount of approximately Rs 140 crore includes the Security Deposit of Rs 30 crore with interest at 11 per cent from May 31, 2007, loss of profit, loss of goodwill, etc. The Tribunal also observed that the BCCI’s blacklisting of ZEE (and its group/affiliate companies) from participating in any bidding process of BCCI was “clearly illegal”.