Announces 'Sa Re Ga Ma Pa LIVE', a series of entertainment nights across India as a gesture of gratitude towards viewers 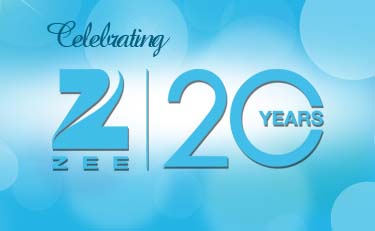 Announces 'Sa Re Ga Ma Pa LIVE', a series of entertainment nights across India as a gesture of gratitude towards viewers

October 2, 2012 marks a significant milestone in the journey of India's entertainment space. On this day in 1992, Subhash Chandra pioneered the concept of satellite television in India and Zee TV was born. Zee TV will this year complete 20 years entertaining India.

As a gesture of gratitude towards viewers for their loyalty and support over 20 years, the channel has announced 'Sa Re Ga Ma Pa LIVE', a series of entertainment nights across India. These  entertainment extravaganzas featuring the most memorable singers of Zee TV's longest-running singing reality show 'Sa Re Ga Ma Pa' and the hottest dancing sensations from India's top-rated dance reality show 'Dance India Dance' will take the cities of Pune,  Delhi, Mumbai, Ahmedabad, Rajkot, Dehradun, Bhopal, Aurangabad, Kanpur and Lucknow by storm all through October.

'Sa Re Ga Ma Pa' is easily the oldest and the most iconic property Zee TV has produced, followed religiously for over 18 years by lovers of music across the world. The show has unearthed and lent India's music fraternity some of its most prized jewels.  'Dance India Dance', the only definitive platform for dance on Indian television, continues to enjoy a cult following and remains India's No. 1 reality show. It has revolutionised dance as an art form and changed the way dance and dancers are perceived in India. Both shows have made superstars out of India's common men and women, and the channel has plans of celebrating its 20th birthday with the viewers of India through 'Sa Re Ga Ma Pa LIVE' – concerts that let them interact with their favourite artistes from these two iconic properties.

With a reach of more than 168 countries and access to more than 650 million viewers globally, Zee TV has created strong brand equity and is the largest media franchise serving the South Asian diaspora. Over the past two decades, Zee TV has driven the growth of the satellite and cable industry in India. It was the first media company to be listed on the National Stock Exchange.

The popularity of Zee arises from its keen understanding of Indian culture. As a result, Zee TV has addressed social issues through its programming content from time to time. Be it raising a voice against domestic violence through 'Ghar Ki Lakshmi-Betiyaan', generating awareness and sensitivity around the issue of autism through 'Aap Ki Antara', presenting the harsh reality of girl child trafficking through 'Agle Janam Mohe Bitiya Hi Kijo', questioning public mindsets about women getting remarried through 'Punarvivaah' or enunciating the importance of education amongst women in 'Afsar Bitiya', Zee TV has pioneered socially relevant television programming.

Realising its strength in programming and the need for Indian entertainment in the overseas market, the company launched Zee TV in the UK / Europe (1995), the USA (1998), Africa (1998) and today is available across five continents, taking Indian entertainment to the world.