Initiative, BPN, Reprise and the Outdoor company will all report to Sinha. Lintas Media Group will cease to exist anymore 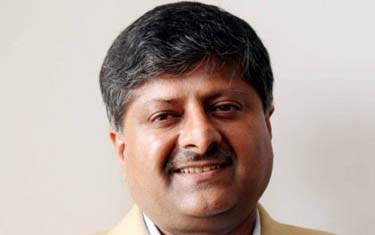 Initiative, BPN, Reprise and the Outdoor company will all report to Sinha. Lintas Media Group will cease to exist anymore

Shashi Sinha, currently CEO of Lodestar UM, has been appointed as CEO of IPG Mediabrands India. Initiative, BPN, Reprise and the outdoor company will all now report to him, in addition to his existing charge, Lodestar UM.

At same time, Lynn de Souza, Chairman and CEO of Lintas Media Group, has stepped down.

It is also learnt from informed sources that the entity Lintas Media Group will cease to exist anymore.

The formation of IPG Mediabrands in March this year saw IPG leveraging its No. 2 position with more than 17 per cent share of the Indian media market. In addition to the momentum gained by the three media agencies – Lodestar UM, Initiative and BPN – this period also saw the strengthening of the digital offering, Reprise, a joint venture with India’s largest digital independent, Interactive Avenues. Magna Intelligence was launched to further improve the group’s buying capabilities, and IPG Mediabrands also brought its unique consumer panels to the market. With more than 16,000 contacts in India alone, the consumer panels fuel proprietary tools such as Matrix.

IPG Mediabrands said in a statement: “To lead this exciting journey, Shashi Sinha is being appointed to the new role of CEO, IPG Mediabrands India. Initiative, BPN, Reprise and the outdoor company will all now report to him, in addition to his existing charge, Lodestar UM. This represents both the commitment IPG Mediabrands has made to the Indian market as well as the contribution of Sinha, an IPG veteran of over 20 years, to that growth. He has rapidly expanded and developed Lodestar UM over the past six years, led the way for the foundation of many new offerings in the market, and has remained actively engaged in various industry forums. Currently, Sinha is also the President of The Advertising Club.”

In the media statement, IPG Mediabrands also took note of the contribution of Lynn de Souza, another IPG veteran. “An active participant in the non-profit space for several years, she has expressed her desire to become a social entrepreneur. She will announce the launch of a pioneering new initiative for the development sector in early 2013, and will be leaving IPG Mediabrands at the end of November. IPG is thankful for her long years of service during which she built a formidable media reputation for the group and contributed to the founding, among other things, the IPG Women's Leadership Network. We wish Lynn all the success for the future,” the statement said.