Stephen White, Founder and Chairman, EMM International/India, says it is dangerous to destroy an established industry currency. Don’t throw the baby out with the bathwater, he says, and suggests solutions 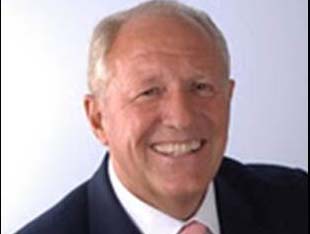 Stephen White, Founder and Chairman, EMM International/India, says it is dangerous to destroy an established industry currency. Don’t throw the baby out with the bathwater, he says, and suggests solutions

TV violence in India has recently been on the rise, courtesy the audience measurement system! A noisy public dispute has broken out between an Indian TV network, the TV ratings service measuring national TV viewership, and assorted advertising trade bodies. And the Indian Government is weighing in.

EMM is concerned at these developments, and has suggestions on resolving the differences between the parties to this escalating dispute. We all need to put the brakes on a runaway train before it smashes into the buffers.

For several weeks, an acrimonious fight has been conducted in Indian TV news reports, business press and advertising trade publications. A row that has simmered for years has abruptly boiled over. It concerns television audience measurement and the Indian national TV ratings service supplied by TAM (a Kantar company of the WPP Group) for over a decade.  Powerful TV interests (notably the NDTV network) have been accusing the TAM service of corruption and systematic rigging of audience results.

Conflict has rapidly escalated into multilateral finger-pointing and lawsuits, in an atmosphere of increasing hysteria and mutual vituperation. Broadcaster NDTV has filed a 160-page lawsuit against TAM in a New York court, alleging flawed methodology and corrupt manipulation of their ratings service, aimed at systematically depressing NDTV’s reported audiences by around 60 per cent. Allegations of bribe-taking are implicit in the suit. Kantar/WPP, TAM’s proprietor, has repudiated the lawsuit and the accusations, and has presented a six-point action plan to address concerns about its ratings data.

Meanwhile, an industry technical committee is being formed to oversee the design of an audience measurement system for television in India, under a newly-constituted Broadcast Audience Research Council (BARC). This tripartite body is a joint entity comprising broadcasters, advertisers and advertising agencies, owned in a 60:20:20 ratio, though its funding ratio is still disputed. Selection of ratings suppliers and ancillary services will in future be a BARC responsibility. However, at the time of writing this article, BARC is not yet operational, pending ratification of its articles of association, partly because of money wrangles between its constituent members.

Now, broadcast interests have called on the government to intervene, to conduct a third party audit to evaluate the current ratings system, and to suspend the TAM service indefinitely while the matter is investigated and resolved. A council set up by India’s Information and Broadcasting Ministry has responded by calling for TAM to be replaced by an alternative service.

It seems to EMM that, at virtually every level, all this has more to do with grand-standing than problem-solving. Those responsible for the smooth running of a vast national TV advertising market have chosen a dangerous and potentially damaging course of action. Accusing the official ratings supplier of lying can certainly draw attention to a grievance, but it can only debase the currency on which the buying and selling of TV airtime depends. Upholding such accusations without the benefit of proven facts can only aggravate that danger.

As a leading international media management consultancy, EMM has many years’ international experience of TV audience ratings disputes, and offers the following advice to the warring factions as a way out of an ugly confrontation and its potentially destructive consequences.

TV ratings are a basic currency of advertising buying and selling, and throughout the world they are mostly supplied by an industry-nominated monopoly. The provision of ratings is somewhat similar to the functioning of a stock market, of which most countries have only one. If there were two competing stock exchanges, and traders could pick and choose the valuation of a company’s worth, the result would be chaos and a loss of confidence in market values.

For the same reason, TV ratings provision is one rare business in which a monopoly supplier is not only allowed, but actively mandated by the ad industry in most countries. Self-evidently, such a monopoly can be highly lucrative, and should not be given away lightly. Nor should its licence be renewed without periodic scrutiny of the supplier’s performance, a watching brief on methodology, and every so often a review of alternative suppliers.

However, it seems to EMM that abandoning overnight a long-standing system when there is no reliable alternative in place is a recipe for disaster. A TV advertising industry without trusted ratings from a professional source is a ship without a rudder. Furthermore, setting up a new ratings system with new panels is a major undertaking, vastly expensive and time-consuming, and prone to protracted teething problems. It is not to be approached in a heated moment.

There have been a number of cases internationally in which disgruntled TV stations tried to “shoot the messenger” and repudiate the official ratings supplier. They rarely worked out the way the aggrieved broadcasters imagined. The law of unintended consequences generally applies:

International experience is worth keeping in mind when national disputes erupt. India would do well to emulate the system pioneered by BARB in the UK, and avoid the problems that occurred in the USA and Colombia.

The issue should be dealt with by Indian trade bodies in India itself, avoiding unnecessary cost and delay in the courts (especially foreign courts), but with the benefit of precedent and experience in other markets.

There can only be one national TV ratings supplier. It needs the support of all branches of the industry, and should be answerable to a permanent JIC comprising broadcast companies, advertisers and agencies, and it should ideally be jointly funded by those three parties.

As Daniel Patrick Moynihan, the late US Senator and one-time ambassador to India, once said, “Everyone is entitled to his own opinion, but not his own facts.” Those wise words seem particularly relevant to this dispute.

(Before founding EMM in September 1993, Stephen White was a Director of Aegis Group plc. White started his career as a trainee with Unilever working with frozen foods and soap powders. He joined Lintas (then owned by Unilever) as a media planner/buyer. He then joined McCann-Erickson and transferred to McCann’s New York office as a media manager, returning a year later to become founding Director and Media Director at Harrison McCann. He set up Indraksh EMM India (EMM India) in Mumbai and New Delhi in 2011.)