The Mancom decided on his elevation at its first meeting soon after the AGM last month. Pandit had joined the Ad Club Bombay in 1998 as Executive Secretary 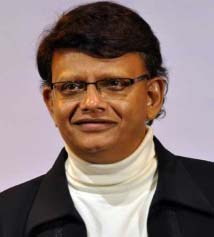 The Mancom decided on his elevation at its first meeting soon after the AGM last month. Pandit had joined the Ad Club Bombay in 1998 as Executive Secretary

The Advertising Club Bombay, at its Management Committee meeting held after the AGM on September 26, 2012, held under the presidentship of Shashi Sinha, unanimously decided to promote Bipin R Pandit as Chief Operating Officer. It may be recalled that the AGM also decided to rename the club as The Advertising Club to give it a national format and scope.

Pandit joined the Ad Club Bombay in 1998 as Executive Secretary. He was later promoted Manager, then General Manager, and now COO. Pandit said on his elevation, “I am thankful to the entire managing committee and our president Shashi Sinha in particular for the promotion. They are not only supportive of my ideas and suggestions, they also encourage me to implement them. I have always loved to do new things or do existing things in a new way.” “When I had joined the Ad Club it was a club with one major event and some evening meetings. Today we have three major events – Emvies, Effies and Goafest – educational workshops and many other activities. We actively support APPIEs at Singapore and get a good presence over there. People at Effies New York love what we do in India. They wholeheartedly appreciated our format of case study presentations,” Pandit said. “I have always loved challenges and with this elevation there will be many in store. Ad Club has to be seen more on the national front. It has always had a great strength as a content provider. One look at the stalwarts on the Mancom and you know why I am saying so. It is also a desire to make Ad Club extremely sound on the financial front,” Pandit added.