The action entertainment channel by the RBNL and RTL joint venture will be initially launched in Uttar Pradesh; phased expansion to other markets will follow 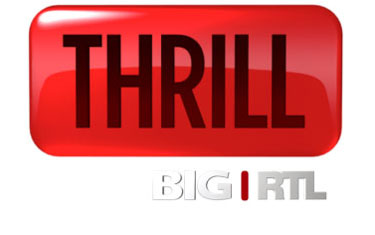 The action entertainment channel by the RBNL and RTL joint venture will be initially launched in Uttar Pradesh; phased expansion to other markets will follow

The channel will cater to a largely untapped market segment, with an entertainment mix developed by detailed sampling of content, focus group research and comprehensive market analysis.

Big RTL Thrill will target male viewers aged 15-44 years and promises to offer ‘edge of the seat’ entertainment with handpicked content from across the globe including reality shows, action series, wrestling, extreme sports, game shows and movies. The content has been acquired from some of the world’s best production companies such as Fremantle Media, Endemol and Red Bull with key shows including Fear Factor, Cobra 11, Criss Angel, Wipe Out and Bay Watch. The line-up will also feature a strong library of international action films.

The channel will complement and provide synergies with RBNL’s radio network 92.7 Big FM which has six stations in UP where it will be launched initially, along with its variety entertainment channel Big Magic. This consolidates RBNL’s position as a leading media platform in UP, offering maximum focussed reach to marketers. The channel will be marketed through a multi-media campaign across television, radio, out of home, on ground, print and digital.

Tarun Katial, CEO, Reliance Broadcast Network Ltd, said, “Big RTL Thrill comes as an answer to the Indian males’ quest for action entertainment. The product is world class, served in Hindi, and has been designed to fill a clear void that exists in the market, ensuring high audience engagement. With the launch of this channel, Reliance Broadcast Network fortifies its standing in UP, offering advertisers a robust and unmatched offering in the region, delivering exceptional value for their brands.”

Andreas Rudas, Executive Vice-President, Regional Operations & Business Development, CEE and Asia, RTL Group, said, “This is an exciting moment for us at RTL Group; it’s our first step into the Indian broadcasting market, which offers very promising growth opportunities. We will contribute our long-term broadcasting and programming expertise to Big RTL Thrill – with high-quality content targeting a clearly defined audience. The powerful combination with Reliance Broadcast Network will help ensure that Big RTL Thrill becomes a strong new brand in the Indian market.”

Uttar Pradesh was a natural choice for the launch of the channel. It is home to India’s largest male population and the country’s second largest economic engine, contributing 8.05 per cent of national GDP. The FICCI report shows the region’s advertising market grew by 15 per cent during 2011, faster than the national average. Further phased expansion will follow.

Statistics and entertainment preference mapping indicate a strong appetite for action content in this market (Data Source: TAM, Market: UP All, HSM, All India, Period: Week 1-26, 2012):

Big RTL Thrill will be distributed as part of RBNL’s seven television channels bouquet, which includes Big CBS Prime, Big CBS Love, Big CBS Spark, Big CBS Spark Punjabi, Big Magic and Bloomberg TV India. Big RTL has also tied up with Den Networks which is the largest player in the UP market along with MSOs Digicable, Siticable, Moon Cable, See TV and other large independent operators. Big RTL Thrill is prepared for digitisation deadline and has already teamed up with Reliance Digital TV and is in the process of closing deals with other operators.