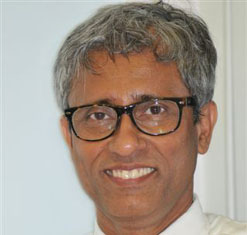 It seems to be a trend by now – top honchos from Bennett, Coleman & Co. Ltd (BCCL) making their way to Zee Group in top positions. According to informed industry sources, Bhaskar Das, who recently parted ways with BCCL, is set to join Zee Group. The sources inform that Das will ultimately head a new entity under Zee Entertainment Enterprise Ltd which will include all the news operations of the Zee Group – Zee News Ltd. cluster covering Zee News, Zee Business, Marathi news channel Zee 24 Taas and Bengali news channel 24 Ghanta, DNA and digital businesses.

However, the position of Das could not be confirmed as neither Das nor any of the spokespersons of Zee could be contacted at the time of filing the report.

In the mid 1990s, Vijay Jindal, one of the seniormost executives of BCCL then, had joined Zee as CEO. He left sometime in 1998.

Then, in 2005, Das’ former boss at BCCL, Pradeep Guha, quit BCCL after a 30-year-long tenure to join Zee Group as CEO. He left in July 2008, making way for Punit Goenka, son of Subhash Chandra, Chairman of Zee Group, to take over as CEO of ZEEL.