The second Arabic free-to-air channel by ZEE will include popular Indian serials dubbed in Arabic, and three exclusive Arabic series 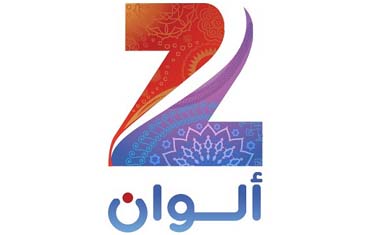 The second Arabic free-to-air channel by ZEE will include popular Indian serials dubbed in Arabic, and three exclusive Arabic series

The programme roster also includes popular Indian serials that have been dubbed into Arabic, in addition to a range of lifestyle shows including cookery, yoga, and travel - all carefully structured to appeal to Arab audiences.

Punit Goenka, MD & CEO, Zee Entertainment Enterprises (ZEE), said, “As part of our global strategy, Zee Alwan is a step towards strengthening our presence in the Middle East. After the success of Zee Aflam, this new channel will help us to further consolidate our share and enhance ZEE’s reach.”

Mukund Cairae, CEO–Middle East, North Africa & Pakistan, said, “Zee Alwan has received overwhelming response from Arab audiences across the Gulf region, particularly in the UAE and Saudi Arabia following its soft launch. With the grand roll0ut, we are further strengthening the programming of Zee Alwan, with a focus on providing original Arabic content. Zee Alwan’s niche of providing exclusive Arabic series – produced in the Gulf region as well as the dubbed Indian productions – sets a new trend in family television entertainment in the Middle East.”

Cairae further said, “With Zee Alwan, we are also creating a new platform for talent collaboration between the Arab world and India. This will benefit the creative community in the region, and add to the historic cultural linkages that have existed between Arabia and India for over several centuries.”

Zee Alwan’s line-up of Arabic serials include the hugely popular ‘Hindustani’, the first Saudi Arabian musical and comedy with a prominent cast, making its first and exclusive free-to-air channel telecast. Other Arabic serials also to be telecast exclusively on the channel include the Khaleeji series ‘Banaat Al Jameaa’, depicting the story of life after high school and the advantages and disadvantages that young men and women endure at school and within their families; and the Syrian drama ‘Banat Al Alilah’, a tale of a guarded secret shared by an aunt and her niece.

The popular Indian serials that have amassed millions in viewership, and have been dubbed in Arabic for Zee Alwan include: ‘Malekat Jhansi’, which narrates the tale of the courageous Rani Laxmi Bai, a name that stands for bravery and heroism; ‘Alwa’ad’, following the lives of three sisters from a hill resort who are brought together when their parents pass away; and ‘Lalli’, in which the protagonist discovers the positive side of life despite being subject to a life of poverty.

The array of lifestyle shows on Zee Alwan include celebrated Indian chef Sanjeev Kapoor’s ‘Konooz Khanaa’ that highlights the finer delicacies in Indian cuisine; ‘Yoga for You’¸ a health and fitness show which introduces the ancient Indian practice of Yoga and the health benefits that one can attain by practising it regularly; and ‘Full Circle’, a travel show that takes viewers to the Far East and the Pacific, illustrating various lifestyles and cultures.