Zee Bangla Cinema to go on air on September 23, 2012, and will be available on all leading analog and digital platforms 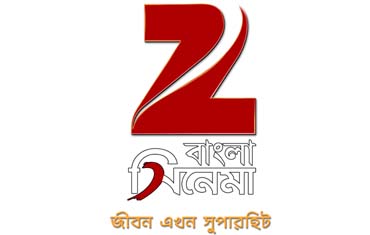 Zee Bangla Cinema to go on air on September 23, 2012, and will be available on all leading analog and digital platforms

Zee Entertainment Enterprises (ZEE) today took yet another step in strengthening its dominant position in the regional genre by launching India’s one and only 24-hour Bengali movie channel, Zee Bangla Cinema. With a rich and varied film library, the Zee Bangla Cinema promises to offer a mixed bag of blockbusters from the golden era directors and the best masterpieces of Satyajit Ray, Mrinal Sen, Ritwick Ghatak and Tarun Mazumdar to present-day directors like Rituparno Ghosh, Raj Chakraborty and Anjan Dutta.

Speaking on the launch of the movie channel, Punit Goenka, MD & CEO, ZEE, said, “With a strong Bengali audience in India and abroad, the Bengali film market has expanded exponentially. Zee Bangla Cinema’s entry is aimed at tapping this growing potential. We are sure that ZEE’s pioneering presence in the regional space would be further strengthened with the addition of this new movie channel.”

With a highly youthful and engaging content, Zee Bangla Cinema will also be a ready source of trivia from film news to music releases to muhuraats, along with a mixed and exciting bag of blockbusters, parallel films and films from the golden era. The channel aspires to create a ‘thrilling movie viewing experience’ for its audiences across the country and overseas.

Sujay Kutty, Business Head, Zee Bangla Cinema, said, “The success of Zee Bangla in the regional GEC genre reaffirms our expertise of gauging content preferences. Zee Bangla Cinema offers a true representation of the time and life of Bengal. With an enviable film library, the channel aims to bring the experience of a multiplex right at the homes of Bengali audience.”

The unveiling of the channel will be supported by a 360 degree launch campaign, creating a platform for the people of Bengal to celebrate ‘Jibon Ekhon Superhit’ with Zee Bangla Cinema. The campaign includes radio, TV, print, digital and outdoor along with on-ground activation initiatives.