Venkatesh Kini back with Coca-Cola India 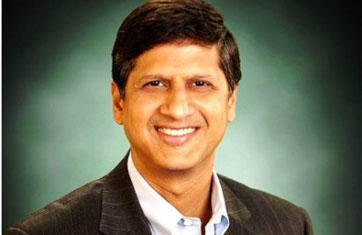 Venkatesh Kini back with Coca-Cola India

They will both report to Atul Singh, President, Coca-Cola India and South West Asia Business Unit.

Atul Singh commented about the realignment, “India is one of the key growth markets for The Coca-Cola Company and the Business Unit’s role is critical to the company achieving its 2020 Vision. We have been growing for the last 24 quarters and the India market is now amongst the top 7 markets for the company. As we move into the next phase of our journey, we have a solid foundation and necessary momentum in our business. This is the time to take the next step in our evolution. We now need to have the scale and resources to capture latent growth across the Business Unit. Also, keeping in mind the market realities, we need to be more responsive and have a sharper and deeper focus on our business. The new structure lends us stability and robustness and positions us well to capture the latent growth in our markets.”

Singh further said, “Kini and Neeraj are proven business leaders and I look forward to partnering with them and the rest of my leadership team, company owned bottling partner (Hindustan Coca-Cola Beverages) and the franchise bottlers as we continue our journey towards our 2020 Vision.”

This announcement does not impact Hindustan Coca-Cola Beverages.

Kini has served the company for more than 14 years. He has more than 20 years of experience in India and the US in marketing, sales and general management roles. To ensure complete and end-to-end focus to the business, all the three core pillars of business growth – Franchise Leadership, Consumer Marketing and Customer & Commercial Leadership – will report to Kini.

Vikas Chawla will assume responsibility as VP - Operations, providing franchise leadership support to the company owned bottling operations (CBO) and to all the franchise bottlers in India. He will report to Kini. Chawla has been with the company for 15 years and has most recently led the franchise bottling operations to a high growth, profitable business venture. Prior roles for Vikas have been in the bottling businesses in India and Sri Lanka.

Anupama Ahluwalia and Sumanta Datta in their respective roles as VP - Consumer Marketing, and VP - Customer & Commercial leadership, will also report to Kini.

This will be headed by Neeraj Garg who has been part of The Coca-Cola Company for over 18 years. Garg has held many key positions within the company in India and China. As a part of the realignment, Andriy Avramenko, currently Vice President, Juice business, will now report to Garg. They will work together to help the juice business realise its optimum potential.

The rest of the enabling functions – Public Affairs & Communication led by Deepak Jolly, Technical led by Asim Parekh, HR led by Sameer Wadhawan, Finance led by Sanjeev Kumar and Strategy & Innovation led by Debabrata Mukherjee – will continue to report to Atul Singh and will work closely with the Region heads in business operations.