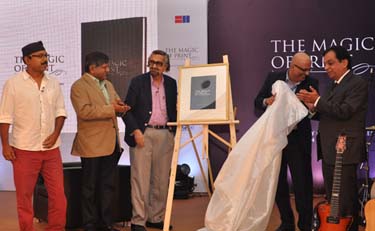 HT Media has launched a coffee table book on print advertising titled ‘The Magic of Print’. The book comes complete with a treasure trove of outstanding print advertisements of the last few decades from around the world as well as tips on how to create great print ads.

Commenting on the launch, Rajiv Verma, CEO, HT Media Ltd, said, “At a time when advertising is becoming increasingly complex with buzzwords like interactive marketing, virals and 360 degree gaining traction, ‘The Magic of Print’ comes as a proof undeniable of the incredible power of good old print advertising. In collecting some of the best in class print advertising which have graced the pages of newspapers over the past decades, we hope to demonstrate the continuing vivacity and relevance of this medium.”

The work has been praised by viewers of the early copies as truly a collector's edition that is sure to serve as an industry reference for years to come. ‘The Magic of Print’ was unveiled at an exclusive event in Mumbai on September 14, 2012, at the Taj Lands End, in the presence of an elite gathering of corporate and ad agency CEOs, MDs and CMOs.