The new division will combine the assets and talent from Disney, UTV and Indiagames to drive growth in games, video and audio services for mobile, online and interactive TV 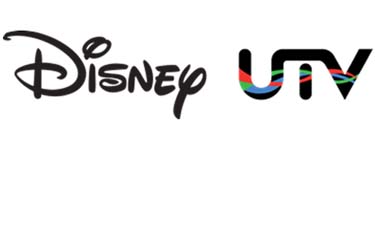 The new division will combine the assets and talent from Disney, UTV and Indiagames to drive growth in games, video and audio services for mobile, online and interactive TV

The Walt Disney Company India has restructured the company’s digital assets in order to better drive growth in games, video and audio services for mobile, online and interactive TV.  The new division -- DisneyUTV Digital -- will combine the businesses and talent from Disney, UTV and Indiagames.  All content and brands from Disney, Marvel, UTV, bindass®, as well as original content and games, will now be developed and managed by DisneyUTV Digital.

The digital division will be spearheaded by Vishal Gondal as Managing Director. Samir Bangara also Managing Director of the division and Vishal will work in collaboration to drive DisneyUTV’sfuture growth. Both Gondal & Bangara built Indiagames into India’s premier gaming company, earningclose to 50% market share in the country.

The DisneyUTV Digital team will manage all mobile, video, audio, broadband, ITV, games and virtual world’s initiatives, with a combined audience reach of over 300 million in India.Previous successes from the Disney and UTV teams in India include several innovative and popular products in the country including “Audio Cinema” (a first of its kind movie-on-your-phone service), “Divya Kathayein” (devotional content on mobile in 7 languages), “Digital Studio” (series of original content developed for the web and mobile), “Sponsored Tweets” ( the Twitter advertising platform ), successful mobile games such as “Aladdin” (India’s leading paid mobile game with over 8.2 million downloads), “DLF IPL Cricket” (the official mobile game for the DLF IPL Franchise), “Cricket Fever” with over 20 million downloads, “Ra.One Genesis” (which saw over 1 million downloads within a week of its launch) and “Club Penguin”, the #1 virtual world for children in the country as well.

Disney UTV’s digital division will bestructured under the following leads:

Digital media in India is evolving rapidly with mobile leading the way. The country has the world's third largest mobile Internet user base with over 121 million users (of whom 59% are monthly active users) as of December 2011 in addition to the 85 million PCs and growing number of tablets*. With the launch of 3G and onset of 4G services, digital consumption of entertainment is at an all time high and is exhibiting strong growth with new monetization models emerging around Freemium and Ad-funded content.

*SOURCE: IAMAI – Internet and Mobile Association of India as of August 2011.