Creating history with the launch of nine editions within three months, the Kannada daily is only growing stronger 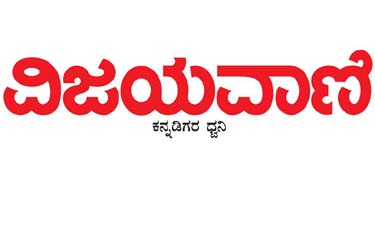 Creating history with the launch of nine editions within three months, the Kannada daily is only growing stronger

Anand Sankeshwar, a leading businessman in the logistics space (VRL Logistics) and a former newspaper baron (Vijaya Karnataka) expanded his regional roots by launching Vijayavani – a Kannada daily on April 1 this year. The vernacular paper began with three editions but soon climbed to the ninth rung of the ladder, by launching its ninth edition from Gulbarga on 30th June this year. Vijayavani is now available across Karnataka, and publishes nine editions from Bengaluru, Mangalore, Hubballi, Bijapur, Mysore, Gangavathi, Chithradurga, Shimoga, and Gulbarga.

Anand Sankeshwar, MD, Vijayavani said, “The top three-four publications in Indian vernacular market circulate about 30-40 lakh copies. However, in the last 4-5 years, there has hardly been any growth in the circulation trend.” To create new market, Vijayavani was launched being the only daily in Karnataka with all colour pages, across all its editions.

Vijayavani, priced at Rs 3 across all markets, prides itself in being an innovative paper. In the last three months, it has averaged more than one innovation every week since its launch. Backed by strong logistic foundation, the newspaper is capturing the market with aggressive outdoor advertising, and TV media.

Sankeshwar further said, “We circulate close to 2.40-2.50 lakh copies across Karnataka with our nine editions.” What also enhanced his confidence in the project was the fact that the paper crossed the circulation of two lakhs within first three months. About competition, he said, “Competition is good. It also leads the vernacular market to grow.”

Going forward, Vijayavani is aiming at launching 3-5 more editions in another 1.5-3 years.