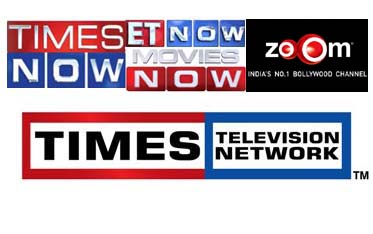 With a view to providing significant growth opportunities and greater responsibilities to the existing leadership in the sales team, Times Television Network has announced changes in various teams with immediate effect.

Gaurav Dhawan, AVP Sales at Times Now, has been given additional responsibility for ET Now FCT business across the country. Shyam Chhabria, who has shown significant progress in the Branded Content space on ET Now Avenues, would now also be responsible for Times Now Avenues, thereby creating engaging branded content to be showcased across both channels, besides creating synergies in the sales process. For Times Now Avenues, he would be reporting to Dhawan.

All the respective regional teams would report to Dhawan and Chhabria.

Tarun Khanna, who has consistently performed on Brand Capital vertical in North, would now take over the responsibility of Regional Head - North for Zoom. He would be responsible for both revenue verticals of Branded Content as well FCT for North and would be working directly with Hersh Bhandari, National Sales Head of Zoom.

All the national sales heads would continue reporting to Hemant Arora, Chief Sales Officer at Times Television Network, and work with him to capitalise on the organic and inorganic synergies across the network and creating fundamentally strong sales structures to address the market and the competition.

Significant changes have also been made in the Research and Audience Measurement, Sales Planning and Strategy structure. All the three verticals of research, sales planning and strategy for TN, ETN and Zoom will be housed under a unified structure and Viral Jani, GM- Strategy at Zoom, will be responsible for these verticals. He will be reporting to Avinash Kaul, CEO, ET Now, Times Now and Zoom, as earlier, and will be responsible to drive synergies across the channels.

Strategy team (TBH) will aligned to work on the three channels as well as possible new businesses that Times Network might enter in future. The team will closely work with Jani to formulate the overall strategy of channels, and track business performance.