Reliance NetConnect makes a fun pitch for 'My Best Plan'

The new campaign featuring the tried pair of Anushka and Rannvijay, devised by Grey India, will run for six weeks 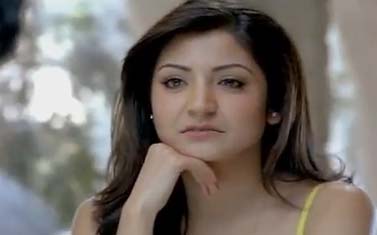 Reliance NetConnect makes a fun pitch for ‘My Best Plan’

The new campaign featuring the tried pair of Anushka and Rannvijay, devised by Grey India, will run for six weeks

Taking forward the ‘tera versus mera’ (yours against mine) campaign, Reliance NetConnect has recently unveiled its new campaign featuring Anushka and Rannvijay. Through a fun, engaging, slice-of-life situation, the TVC persuades consumers to make the smarter choice by selecting Reliance NetConnect’s ‘My Best Plan’.

The pairing has already created quite a lot of buzz through their previous campaigns and this campaign only heightens the drama and the chemistry between the two. The protagonists are out for lunch. A hungry Anushka eagerly goes through the menu and then hopefully asks Rannvijay if the lunch is his treat. When he confidently agrees, she’s thrilled and rattles off a mile-long order.

The campaign has been conceptualised by Grey India and has been directed by Shoojit Sircar, a well-known ad film maker whose directorial venture of 2012 – Vicky Donor – was a runaway success at the box office.

The waiter is more than happy to oblige, till they are rudely interrupted by an agitated Rannvijay. Anushka thinks she has overdone the ordering, but discovers that the real reason behind his dismay is his hefty data card bill! For just 300 MB extra usage, he had been sent a hefty bill. In mock sympathy, she starts cancelling her mile-long order, little by little. For every complaint of his, she strikes one item off the list. The waiter, too, is resigned to the fact that Rannvijay is clearly in no position to spend any more money.

In addition to ‘helping’ the situation by reducing the order to an embarrassing minimum, Anushka gently reminds him that had he been on her network – Reliance Netconnect – the ‘My Best Plan’ guarantee would have assured him of the lowest possible bill, no matter what his data usage. It effectively drives home once again the message that Reliance is simply better.

Sanjay Behl, Group Head – Brand & Marketing, Reliance Communications, said, “In line with our customer centric approach, this plan not only takes away the restrictions which Internet users have had to contend with, it’s also another step towards enabling growth of data consumption in India. We already provide superfast broadband speeds in more than 1,300 towns and this initiative ensures that we continue to deliver superior value to our customers.”

Goral Ajmera, Group Creative Director, Grey India, said, “My Best Plan from Reliance is a clearly superior plan, which adjusts to your usage to give you the lowest possible bill amount. Rannvijay’s behaviour too changes with the size of his bill. As usual, Anushka enjoys the upper hand because of the network she's on. Anushka and Rannvijay share a great chemistry on screen which works brilliantly for the 'Tera vs mera' campaign idea.”

Added Kunj Shah, Senior Creative Director, Grey India, “When you have a creative format that has previously worked, the challenge is to keep the momentum going and yet not fall into a rut. The new film offers a charming and refreshing dimension to the ‘tera-mera’ chemistry and the network’s superiority.”

The 40-second TVC will be complemented by OOH, digital and point of sale merchandise media for a duration of six weeks.