Cheil Worldwide, Leo Burnett and BBDO India secure 2 shortlists each; DDB Mudra Group, OMD and Mindshare have one nomination each 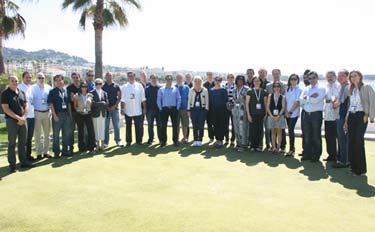 Cheil Worldwide, Leo Burnett and BBDO India secure 2 shortlists each; DDB Mudra Group, OMD and Mindshare have one nomination each

The shortlists for Media Lions have been announced for Cannes Lions 59th International Festival of Creativity where Indian agencies have secured 9 shortlists. This year 130 entries were submitted from India for Media category.

Among the Indian shortlists, Cheil Worldwide, Leo Burnett and BBDO India have secured 2 nominations each while DDB Mudra Group, OMD and Mindshare have got one nomination each.

Cheil Worldwide’s ‘Minus One Project’ for Samsung has been nominated in 2 sub-categories of Media Lions - Best Use of Integrated Media and Charities, Public Health & Safety, Public Awareness Messages.

Mindshare and OMD are two media agencies who have secured a shortlist each. The winner of Media Lions will be announced tomorrow.