JWT, DDB Mudra Group, Leo Burnett and Percept/H secure one shortlist each; there were 85 entries from India in this category 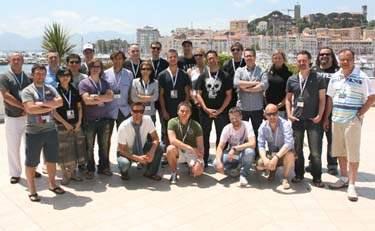 JWT, DDB Mudra Group, Leo Burnett and Percept/H secure one shortlist each; there were 85 entries from India in this category

The largest and most prestigious global international annual awards for creative advertising and communications, the 59th Cannes Lions International Festival of Creativity kicked off on Sunday at the Palais des Festivals. Over 34,000 works will compete to win Lions in 15 different categories: Creative Effectiveness, Cyber, Design, Direct, Film, Film Craft, Media, Outdoor, PR, Press, Promo & Activation, Radio, Titanium & Integrated and the new Mobile and Branded Content & Entertainment Lions categories. From India, a total of 1,182 entries have been sent to vie for honours in various categories.

In the shortlist for Promo & Activation Lions announced on Sunday, there are four entries from India. Indian agencies had entered 85 works this year in this category.

JWT Mumbai has secured a nomination for ‘God’s own delivery boys’ campaign for The Times of India, Kerala, in Publications & Media.

DDB Mudra Group Mumbai’s ‘The Killing Stapler’ campaign for Sanctuary magazine has been shortlisted for Best Use of Guerilla Marketing in a promotional campaign.

Leo Burnett Mumbai has also secured a shortlist under the sub-category Charity for its ‘Ink Pad’ campaign for Door Step School.

The winners for Promo & Activation Lions will be announced today.