Building Connections: For women, by women, of women

Apurva Purohit, CEO of Radio City, writes about the forum she has set up to help working women network with each other and learn, share and grow 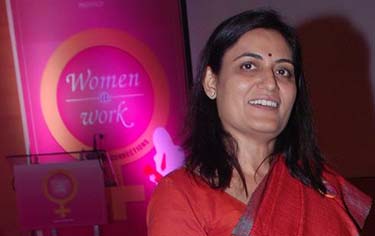 Building Connections: For women, by women, of women

Apurva Purohit, CEO of Radio City, writes about the forum she has set up to help working women network with each other and learn, share and grow

In the course of our careers, we have all worked with some amazing women – intelligent, smart, hardworking and highly motivated. They are great mothers, wives and outstanding employees. Many of them have however traversed this journey towards being superwomen all by themselves. And some have given up half-way through, because it is hard work to push the boulder up the hill all alone!

Why haven’t women managed to create a network around them to help make their lives simpler? Of supportive friends and other cool women like themselves? Is it because they don’t want to, or is it because they have been too busy juggling all their roles as wife, mother, sister, employee to have time to connect with one another?

It is a fact that while men have many occasions to interact with each other through formal or informal networks, women don’t have any such opportunities. And this lack is perceived as one of the key reasons by women themselves for their lack of growth, and a critical reason why women still are not present in significant numbers in corporate corridors even today.

With an aim to offer a platform that helps working women in networking with each other and learn, share, grow, we have established the ‘Building Connections’ forum. The inaugural ‘Building Connections’ forum took place in Mumbai some time ago. Well attended by over 70 ladies, the energy it created, through re-forging old connections and building new ones, was quite amazing. The event had some lovely interactions with many women bravely sharing intimate parts of their lives with each other and, to top it all, it had one of the most good-looking and colourful audiences!

Three wonderful women talked about their lives and their stories and each presentation stood out for its remarkable content, style and the underlying determination with which each of them had pursued their dreams.

Latika Khosla, Design Director of Freedom Tree Design, spoke about her journey to set up Freedom Tree as a lifestyle retail outlet and her efforts over many years to bring design and colour into our lives.

Gitanjali Rao, a self-taught animator and film maker, spoke about her passion for animation which she has pursued diligently on an oft lonely road. She showcased ‘Printed Rainbow’ which she has independently produced, directed and animated and which went on to win three awards for the Best Short film at Cannes 2006. It was a beautiful film and, at the end of it, there was not a single dry eye in the audience.

Nandini Srikar, a hugely talented composer, singer and musician, shared her 15-year struggle in the music industry to launch her album and create a space for herself in that world, which she has done successfully with her album ‘Beete Pal’ and songs in two recent Bollywood films.

Beyond the diversity of talent that was witnessed that day, what stood out was the passion which these ladies had brought to their craft and the tenacity which helped them convert their dreams into reality. From sleeping on railway stations, to watching the burning down of the store 40 days prior to launch, to diligently creating a beautiful film without any financial support – stroke by stroke. Each participant in the audience had a similar story of their own.

Apart from Building Connections forum, a full blown website, www.womenatwork.co.in, has been created to enable each one of us to network, share successes and learnings from each other. It is a virtual forum created with the motive of building a bridge, an umbrella where working women across different cross sections can share-learn-enrich. It is a discussion forum where we can all come and talk about anything we want; related to our work lives – from bad bosses to office spouses, from stilettos to mojitos, from babies to boyfriends!

The next on-ground event is scheduled to be held in July in Delhi and we are looking forward to some great networking with some more fantastic women.

Leave your comments below.