Radio: Show me the money!

Radio is finally coming into its own. Given the steady climb in advertising revenue, it definitely is emerging as a hot medium for advertisers. BestMediaInfo talks to FM captains 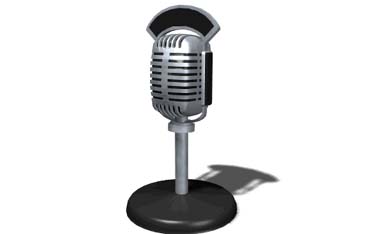 Radio: Show me the money!

Radio is finally coming into its own. Given the steady climb in advertising revenue, it definitely is emerging as a hot medium for advertisers. BestMediaInfo talks to FM captains

The humble radio has come a long way from less than five stations just a few years ago to hundreds today comprising dozens of FM stations, community stations, Internet radios. Owing to increase in listenership in both metros and non-metros, the radio industry grew at 15 per cent in 2011 to reach a size of Rs 11.5 billion compared with Rs 10 billion in 2010, according to FICCI-KPMG report, ‘Digital Dawn: The metamorphosis begins, the FICCI-KPMG Indian Media & Entertainment Industry Report 2012’.

The media industry is also upbeat about the growth of radio as an advertising medium. Increase in volume in certain markets and rate increases for the leaders in metros have been driving growth. “Radio is attracting more advertisers for sure. Post the slowdown around two-three years back, advertisers across multiple categories have realised the huge ‘value for money’ factor that goes with radio thanks to the enormous reach it offers and its interactive nature,” claimed B Surendar, Senior VP & National Sales Head, Red FM Network.

Even as year-on-year growth in radio ad volume over the period April 2010-March 2011 and April 2011-March 2012 showed zero per cent growth, according to AdEx 2011-12, Suresh Sanyasi, National Sales Director of Bangalore-based Radio Indigo insisted that radio as an advertising medium is registering 8-10 per cent annual growth.

Ashit Kukian, COO & President, Radio City 91.1 FM, averred, “If you look at last year, the growth has been a little slower. But even then, radio has been growing at 12-15 per cent y-o-y when it comes to advertising.”

“It is important to understand this in a context of ‘supply’ in radio industry. Sometimes, in the advertising industry, when radio is compared with print and television, radio is not shown experiencing growth in line with other media. What is hidden here is the ‘inorganic’ growth in other media and supply constraints in radio industry. There has been no capacity expansion in radio industry since 2006. We are experiencing unprecedented growth in our country. In this environment, radio is shackled due to regulatory and spectrum constraints. Given the fact that there is no capacity expansion in radio, we feel that all players have done well to grow their revenue,” explained Hitesh Sharma, COO of ENIL, which operates Radio Mirchi.

The consumption of radio has increased dramatically thanks to the mobile revolution sweeping the country. FM’s ‘live’ interactive nature, high reach compared with print and television, low production cost compared with TV ad production costs, and terrific value for the money invested make it indispensable in most media plans.

“The cars on roads are increasing, which is another advantage for Radio. The medium has an advantage in smaller markets where literacy levels are low and TV sets unaffordable. Radio can be considered as a medium where ‘proximity to purchase’ can be very high. Radio presents huge scope of innovations and can be used very effectively to amplify and scale up on-ground activities of advertisers,” exemplified Sathyamurthy Namakkal, President, DDB MudraMax Media.

The size of radio advertising standing at close to Rs 1,200 crore, FM stations have grown from being a passive ad medium to creating more customised advertising solutions for advertisers.

Radio Indigo has witnessed close to 30-35 per cent increase in its ad inventory.

Sansayi of Radio Indigo said, “We have in-house creative team that creates customised spend plans for the advertisers.”  According to him, Indigo was forced to increase ad rates by 20 per cent this year after four years. While Radio Mirchi increased its growth rate marginally, Fever FM announced 35-40 per cent increase in its ad rates recently. Radio City that increased the ad rates by 15-20 per cent.

Kukian of Radio City said, “In the last two years, our understanding of radio as a medium has reached its peak and we now deliver customised solutions to clients. At Radio City, we have created two parallel teams: a creative team that gives and creates creative solutions to clients and a programming team that deploys advertising solutions within their content based on the understanding of the TG.” Radio City has also been using Radio Connect, the activation wing of the station to provide an integrated approach to its clients.

In the past three-four years, advertising volume on radio has grown by around 60 per cent in the metros and by almost 150 per cent in the smaller cities, according to Red FM’s Surendar. “There is no doubt that in the last more than one year, the growth in non-metros has been a lot steeper. This is simply because these are virgin markets, less explored and launched mostly after Phase II expansion in radio,” he said.

Saying that the growth is coming both metros and non-metros, Sathyamurthy added, “Radio Mirchi witnessed around 20% revenue growth in its smaller markets (outside its top 10 markets) whereas the non metro focused MY FM generated close to 30% growth. However on an overall basis the top eight metros still dominate the market, accounting for almost 70% of industry revenues.”

While there is a slight skew towards morning and evening prime-time and drive-time bands, the increase is seen across all day parts as advertisers try and achieve balance between reach and frequency objectives. “Growth is coming from non-metro markets. Real estate, education and retail are the large categories from non-metro markets,” said Mirchi’s Sharma, adding, “Radio industry is getting new clients in almost all markets. From automobile makers to real estate advertisers and to local sari and jewellery stores, radio is experiencing growth. Just to give you an example, more than 5,000 advertisers used Radio Mirchi as an advertising medium last year.”

Given the fact that radio is consumed throughout the day, and usually on mobile handsets, almost all players are running pretty significant levels of inventory in prime-time and non-prime time. According to Radio City, the inventories in these time bands have grown by double compared with the overall radio ad industry growth. While corporate clients have been advertising heavily on metro FM stations, local advertisers including retail have been more aggressive towards non-metro stations. The heaviest advertisers on radio include retail, FMCG, media & entertainment, telecom and real estate.

“There has been a huge trend of advertising from retail category, which is witnessing 70 per cent y-o-y growth. Besides, we are witnessing increased interest from e-commerce websites such as Snapdeal whose TG matches with ours,” noted Sanyasi.

Sathyamurthy opined, “The radio industry revenue is growing at a CAGR of 21.2%. However, individual radio station rates are not seeing as high a growth in rates per se. The revenue growth is on the back of a substantial increase in advertising volumes and marginal increase in rates. The increase in advertising volumes could be contributed to the post phase II auctioning wherein key radio players extended their presence from merely Metro cities to Mini metros and tier I and II cities.”

The last three-four years has seen ad agencies promoting the medium aggressively to their corporate and retail clients. While this has ensured a definite share of the ad pie, increasing the proportion of this share to a more deserving level is the biggest challenge for FM radio. But the challenge of pan-India measurability still haunts the medium.

“Internationally, the pure retail category supports the medium much more heavily compared to India, where retailers need to use radio even more effectively. The measurement currency issue, which is partly solved already as RAM is now covering 13 cities, is an area for further improvement as radio has to compete with other powerful mediums. The quality of creative usage of the medium has also improved considerably in recent times but there is a still scope to improve it further,” said Surendar of Red FM.

Even as advertisers and listeners are demanding the next level of consumer segmentation from radio; industry is constrained as FM Phase III is getting delayed. Sharma of Radio Mirchi commented, “Radio is a free-to-air medium and provides timely, credible and city-specific news and entertainment to listeners in over 80 cities. A city like Colombo has more than 20 radio stations while mega metropolises like Delhi and Mumbai with more than 15 million people each don’t even have 10 radio stations. Lack of variety due to regulatory constraints is the biggest impediment to the radio business.”

Sathyamurthy explained, “The industry has two major measurement tools – IRS and RAM. IRS only provides snapshot data whereas RAM collects data only in four major metros. With radio presence in around 85 cities and 227 new cities to be added in phase III expansion, alongwith increasing advertisers interest to target tier II & III towns, this need is further heightened and extremely crucial.”

“Another key challenge facing the radio industry is differentiation of content which currently is minimal between various stations. As a result, most stations play similar content leading to the risk of listeners switching stations during advertisements. This would lead to affecting listenership data as listeners covered in the survey may not recall which channel they were listening to,” he further added.

In the recently launched second round of listenership sweeps by TAM Media Research through its radio audience measurement (RAM) service, southern metros have seen more than 30 per cent growth in listening thresholds with Ahmedabad, Chennai and Hyderabad being the major growth markets.

Kukian is bullish about the way radio is growing and foresees double digit revenues in media pie for the medium.

Given the industry’s enthusiasm for the medium, the estimates only seem conservative. The sound of music is set to grow sweeter over the airwaves in the near future.