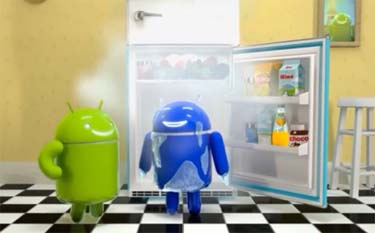 Reliance Communications entered into two-year collaboration with Google to exclusively market Android TM devices in India over its superior network. Through this strategic collaboration with Google, RCOM planned to market the Android mobile operating system and Google Mobile Services in order in order to promote the usage of Android devices in the country and create a distinctive and enhanced experience for customers on its network using Android devices.

Announcing this partnership, Sanjay Behl, Group Head – Brand & Marketing, Reliance Communications Limited, said, “In line with the rapid growth of Smartphones in the country, Reliance has collaborated with Google to catapult the change by providing compelling new experience to device users in terms of speed, coverage and app ecosystem across segments.  Our collaboration with Google is set to bring in many novelties and unique features for device users on our superior network, complementing the innovation of Android powered services and devices.”

The marketing activities will include Above-the-Line and Below-the-Line activities, developing co-branded mobile applications for Android Smartphones and marketing campaigns promoting the Google Mobile Services. Reliance Communications shall continue to work on Android launches and promotional campaigns going forward in the next two years.

To reveal the distinctive affiliation between Reliance and Android, Reliance Communications has introduced the Reliance – Android “Blue Bot” advertisement campaign across various platforms. The key objective for the campaign, designed by Grey, was to garner the highest market share for Reliance by promoting the usage of Android devices in the country and creating a superlative experience for customers adopting the superior network of Reliance using Android devices.

The ad campaign consists of 20 3D animated TV commercials of which 10 are already on-air. The TVCs depict how every (Green) Android BOT wants to turn blue because only “Blue Bots” on Reliance 3G are empowered to enable a superlative smartphone experience to the end users. This is shown through a series of commercials showing unsuccessful attempts by the Green Android BOT to turn blue like rolling over blue wet paint on a park bench, grooving in a disco under blue lights that makes it appear blue, freezing itself blue inside a refrigerator, jumping into a tub of blue color, through spray paint, coloured paint balloons, etc. It's only when the Green Android BOT discovers the world of Reliance 3G that it manages to turn completely and permanently blue by jumping into a metaphorical blue pool that signifies the Reliance 3G world.

The current campaign will be followed by set of yet another 10 TVCs on how the Reliance Blue bot enables a superior smartphone experience illustrated through popular Google Mobile Services such as YouTube, Google+, Google Maps and Google Play amongst others.

Anushka Sharma, the brand ambassador for Reliance Mobile will also be seen endorsing “Be Blue” by asking the viewer "I've turned blue. How about you?"

The campaign is supported by a complete 360 degree approach with TV as the lead medium. Over a period of 10 weeks, the campaign will run on over 60 channels across all genres. Consumers will also see innovative communication formats across key channels with Inprogram integrations, Vignettes, Customized contests and in show appearances of the Blue Bot, etc. The campaign has a robust digital plan spanning impact page takeovers and innovations across key sites such as Youtube, Yahoo, Indiatimes, TOI, ET, Moneycontrol, Zapak etc supported with interactive playable banners reaching more than half the internet population of the country.

There is a lot of fun engagement activities planned on social media as well. The customized “Be Blue Application” has been built for a multiplayer game on Facebook, where fans play using Facebook tools like friend requests sent and accepted, status updates, photo and video tags, etc, to turn their personalized Android Bot from green to blue. Whoever turns it blue faster stands to win Blue Bot merchandise and 3G Smartphones every week. Also, the first ever augmented reality based online game app is planned where through a QR code users will see the Blue Bot coming alive, dancing next to them. The users have to match its steps using commands on their keyboard. Twitter specific campaign ‘#howyoublue?’ aims at people tweeting or uploading videos etc and share their own way of going blue.

The jingle will be aired across top radio stations in key metros with listener engagement activities via contests and RJ mentions. Blue Bot's will be seen across malls interacting with the audiences and encouraging them to play the ‘Blue bot game’. All the key Reliance World stores will see an innovative installation with Green Android gatecrashing in the Reliance store to turn blue. Apart from this, an exclusive expert customer helpline has been created for Android users, and a special Blue Bot zone has been created on R World (VAS gateway) where users can download wallpaper, screensaver, ringtones, callertunes and videos on the Blue Bot.