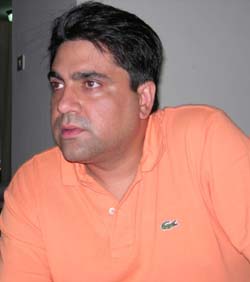 After having spent 18 years at Ogilvy India as Group President, North & East, Sanjay Thapar is moving to Bates India as CEO. The move comes on the heels of two top level exits from Bates in the recent past: Chairman and Regional Creative Director of Bates APAC Sonal Dabral, and CEO Sandeep Pathak.

“I will be taking charge from mid-July,” Thapar told BestMediaInfo. He said that while he is excited about the new responsibility, it would be too early to comment on anything else. Thapar will move to Mumbai in his new role.

Thapar began his career with Bata India and has wide experience in sales, brand management, launching new brands as well as totally revolutionising the company's retail distribution system, before moving over to Ramms India, which was a start up company. He was instrumental in setting up the company, systems and processes as well as growing the operation manifold before moving to Mudra Communication.

At Mudra, as well as in Ogilvy Kolkata, Thapar was instrumental in engineering a business turnaround before moving to Delhi to head one of Ogilvy's fastest growing offices.

Prateek Srivastava, Ogilvy’s Group President, South, will be taking additional charge of Ogilvy North after Thapar moves to Bates. Srivastava, who joined Ogilvy in 2000, currently manages the three Ogilvy offices in South India – Bangalore, Chennai and Hyderabad. He is also the Chairman of the Ogilvy Worldwide Office (Hub) at Bangalore. This unit works for clients not based in India, and creates communication for markets outside India.

For the record, Bates and Ogilvy are part of the WPP Group.