Special series and documentaries premiering this month include Titanic Anniversary Special, 6 Going 60 and many more 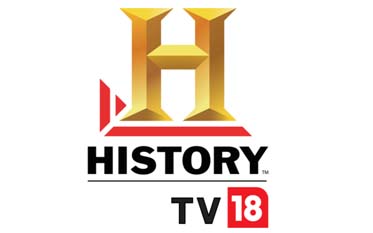 Special series and documentaries premiering this month include Titanic Anniversary Special, 6 Going 60 and many more

HISTORY TV18 brings to you the best of worlds on a platter, promising hours of entertainment with their new line-up of special series and documentaries premiering this month:

Discover the secrets and mysteries of the past with renowned experts, as they explore the world like never before. Meet the legendary archaeologist, Dr. Zahi Hawass and his team in Egypt, who risk their lives to unearth new treasures beneath Cleopatra’s tomb.

Celebrate the 100th anniversary of ‘Titanic’ on April 14th, with a 2-hour special, exclusively premiering on HISTORY TV18. Join a team of scientists, engineers and imaging experts and find out how they resolve the biggest mystery about the unsinkable ship. The show presents exhaustive studies, unprecedented new discoveries and astonishing findings of one of the deadliest maritime disaster.

In Superstructure, meet the larger-than-life Jeremy Patterson & family who move superstructures around Washington in extreme climatic conditions. Also experience touching moments of progeric children who have recently been given a new ray of hope through the revolutionary drug invented in 6 to 60.

Capture all this and enjoy one-stop-shop of action, adventure, science and wholesome entertainment only on HISTORY TV18.

The series follows legendary archaeologist Dr. Zahi Hawass as he pursues one of the most challenging and

The cameras will be right there as he and his team unearth new treasures, ranging from incredibly reserved mummies to, perhaps, Cleopatra's tomb. This unique series shows archaeology as never seen before: unfiltered and transparent, revealing and amusing, exasperating and dangerous. Viewers will see not only the whirlwind, international life led by Dr. Hawass but also the hardships and very real risks facing the teams and camera crews as they work in Egypt's scorching deserts and valleys.

Heavy Haulers follows the larger than life Jeremy Patterson and his family, wife Tanya, 12-year-old son Greg and 9-year old daughter Ashley, who all play a part in running their Washington based superstructure moving company. We follow the drama as they race against the clock to move mansions, trains, planes, churches and ships intact across America Their first assignment sees the family risking life and limbs as

they attempt to move a 400-ton brick mansion five miles across Iowa during extreme weather conditions.

Imagine being told that your beautiful baby will age up to 10 times faster than normal. This is the difficult situation facing the parents of children born with the rare genetic condition ‘progeria’.Old Before Their Time introduces us to the delightful Kaylee Halko, who was diagnosed with progeria when she was six months old .Although just starting school she already has arthritis in her fingers, translucent skin, and a stunted stature. They know that the more curious she gets, the more they will have to tell her. Meanwhile, the film also follows six-year-old Lindsay Ratcliffe, who was diagnosed with progeria in 2004.Kaylee and Lindsay are two of only 13 known cases of progeria in the US. Their parents were recently given new hope when they were selected to take part in a revolutionary clinical drug trial. Could this cutting-edge treatment offer a cure for progeria?

As the 100th anniversary of Titanic's sinking approaches, a team of scientists, engineers and imaging experts have joined forces to answer one of the most haunting questions surrounding the legendary disaster: Just how did the "unsinkable" ship break apart and plunge into the icy waters of the North Atlantic on April 15, 1912? Two years ago, HISTORY took part alongside the world's top underwater experts in the most thorough and exhaustive study of the wreck ever made. The undertaking yielded unprecedented new discoveries and the first comprehensive map of Titanic's watery grave. This 2-hour special documents this mission, captures the high-tech mapmaking process, unveils astonishing pieces of never-before-seen wreckage and presents the expedition's unexpected findings.

Based on research by NASA astro-biologist and paleontologist Professor Peter Ward and a group of respected American climatologists. An eye-opening documentary that uses scientific evidence past and present, archive footage, location photography and CGI to explore the terrifying consequences.

Step by step, it paints a chilling picture of the world as the sea levels rise from between one and 70 metres. Unravelling the science behind this cataclysm, revealing when it could strike and what its impact would be on humanity. The film also questions experts and politicians about what measures can be taken now to stop the current rise of CO2 emissions, and explores how extreme engineering will buy us time. But the message of this film is stark, spelling out in graphic detail the Earth's apocalyptic future that we have been avoiding. Scientists offer insight into how and where a 10.0 MEGAQUAKE could strike. This two-hour History special explores one of the most deadly and perplexing mysteries that surrounds planet earth: huge megaquakes. An earthquake of 8.0 happens about once a year, like the one that hit Haiti. A 9.0 quake happens once every 20 years, like the one that struck Indonesia in 2004. An earthquake of 10.0 has never been recorded in history, until now The 10.0 quake is said to occur once every 2500 years and is capable of destroying entire civilizations. We'll see what would unfold if a 10.0 Megaquake struck different fault lines in the U.S., underwater and around the world.

The Hogans –The Twins Who Share a Brain - Launch date – April 28:

An extraordinary case of Siamese twins. Krista and Tatiana Hogan are two year old conjoined twins from Vernon, Canada. They share a key blood vessel in the brain and most extraordinarily of all, some of the same brain matter. Their mother claims that when one is watching television, the other can see the same images, even if her eyes are closed. But sharing a brain goes way beyond simple vision. Do the twins share the same thoughts? Are they two distinct personalities? Where does consciousness rest? These are some of the questions the film explores as we follow the twins through an emotional journey in the biggest and most important year of their lives so far - the year they learn to walk, talk and become truly conscious of themselves and their unique place in the world.