Digital ruled the roost, and the work on display was innovative, refreshing and mind-boggling, writes Gaurav Agarwal, Head of Copy, VML Qais 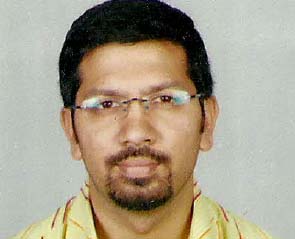 Digital ruled the roost, and the work on display was innovative, refreshing and mind-boggling

The world is talking about the growing importance of digital advertising, and things were no different at the Goafest 2012. Right from speakers to folks attending the festival, digital was the word on everyone’s lips. Especially, in India, where a 30-second TV spot is still considered as a ticket-to-fame, it was heartening to see the growing number of admirers for digital. With boundaries blurring between mediums and the growing proximity with digital, adlanders looked keen to conquer another pinnacle that will settle the debate of West vs East once and for all.

While everyone talked about digital and the new opportunities the medium lends itself to, all eyes were on the digital work shortlisted for the awards. And when the moment of truth arrived, digital ruled the roost. The work on display was innovative, refreshing and mind-boggling. What was even more heartening to see was the spread of work: From microsites to QR codes and innovative use of email to full-fledged digitally-led campaigns. In fact, everyone, including me, totally got sucked into it. Though there were many pieces of work that were deserving of applause, a few of them clearly stood out: ‘The Photographs Case’ for Fox Crime created by Ogilvy India and ‘Sequel to TVC with a Twist’ created by Maxus India being amongst the ones which deserve special mention.

One of my personal favourites, apart from the top winners, was the entry captioned ‘Qrossword’, created by Publicis Communications for its client Citibank. Even though, some may argue, the work only won a Bronze, the innovative idea of combining the ageless game of crossword with the more-recent phenomenon called QR code worked phenomenally well despite sceptics dismissing QR codes as dead. Similarly, I do have other favourites like the ‘Audi A8L 3D experience’ and James Bond Surfs the Internet’, each of which is perfect case-study material.

But, as they say, the proof of the pudding lies in the eating. The quality of work was so good that digital was one of only two categories in Creative Abbys to have a Grand Prix winner. Doesn’t that say it all?  If that’s not enough, even the Grand Prix winning entry in the Integrated category – created by Creativeland Asia for Audi A8L – had digital at its core. The agency created an integrated 3D campaign, including a 3D microsite and a full 3D iPad application along with mobile versions of the site. Even though the media mix involved use of TV, the thrust was more skewed towards the digital media.

The work at Goafest 2012, both winning and shortlisted entries, once again proves that Indians are as good at digital as their counterparts in other parts of the world, if not better. Because, while it’s true that technology does play a key role in how the final output shapes up, it’s the idea that’s still the king.

Even though the digital awards were held a day prior to the creative awards, the buzz around digital continued to swell. In fact, the buzz only grew louder with a session that led the usually seminar-shy advertising folks inside the seminar hall: A session by Rishad Tabaccowala, Chief Strategy and Innovation Officer, Vivaki. All through the session, he kept the crowd mesmerised by sharing amazing samples of work and dissecting them for easy understanding.

All in all, it must have been a particularly satisfying Goafest for digital purists. Digital not only had its moments under the Goan sun but is also the one to watch out for in the future.

(The author has over eight years of experience in Copywriting. Having dabbled in various mediums, he found digital to be his true calling. He started his career with Pressman Advertising and moved on to work in agencies like OgilvyOne Worldwide, Think WhyNot and Sorento Healthcare. Currently, he is working with VML Qais, Asia's leading pure play digital agency and part of the VML global network, a Y&R Brands company in WPP. For the last three years he has also been a visiting faculty for Copywriting at Harkisan Mehta Foundation Institute of Journalism and Mass Communication. He has worked on brands such as Hutch, Dell, Mahindra & Mahindra, Bank of India, Today’s pens, etc.)