Women's Health to hit stands in India on April 2

The magazine, being launched by India Today Group under licence from US-based Rodale Inc., will have an initial print run of 45,000-50,000 copies 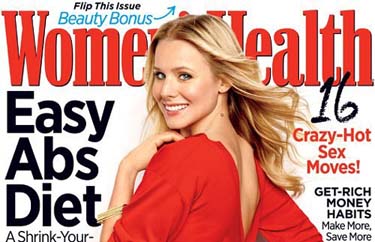 Women’s Health to hit stands in India on April 2

The magazine, being launched by India Today Group under licence from US-based Rodale Inc., will have an initial print run of 45,000-50,000 copies

The India Today Group, which has entered into a licensing agreement with US-based Rodale Inc., is all set to launch ‘Women's Health’ magazine in India on April 2.

Priced at Rs 100, Women’s Health India will be published 10 times in a year. Sekhri informed, “We will have a combined July-August and January-February issue.”

Sanghamitra Chakraborty, who is Editor of Prevention India, is also the Editor of Women’s Health.

To promote the magazine, the India Today Group plans to launch a slew of marketing and on-ground activations, reader outreach initiatives and other promotional strategies. Sekhri said, “Starting April 2, we will be doing a lot of on-ground activation focusing mainly on metros. We have entered into a tie-up with Gold Gym across the country, which would help fitness-conscious women to pick up our magazine in their own health environment.”

As part of the 360-degree promotional media mix, India Today has created an in-house TVC to announce the launch of the magazine.