Sharma had joined the channel in July 2011 to head its marketing team; her next destination is not known 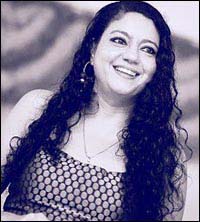 Sharma had joined the channel in July 2011 to head its marketing team; her next destination is not known

Vaishali Sharma, Vice President – Marketing, Times Now, has called it a day after a stint of less than a year at the channel. Her next destination could not be ascertained at the time of filing this report. Times Now is yet to find a replacement for the position left vacant by Sharma.

Prior to this, Sharma was Head of Marcomm for South Asia at BBC Global News Division. She had joined BBC in June 2006 and stayed with the organisation for close to five years. She was promoted as Head of Marcomm in May 2008.

Prior to BBC, Sharma was with Walt Disney for two years as Marketing Head. She had done a short two-year stint in the advertising industry before moving to a career marketing in television with Walt Disney. She was AVP with JWT from 2002 to 2004.