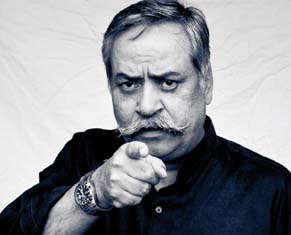 The Clio Awards, one of the world’s most recognised award competitions honouring excellence in advertising, design and communications, has named Piyush Pandey as the recipient of the 2012 Clio Lifetime Achievement Award. Pandey, Executive Chairman and Creative Director of South Asia for Ogilvy & Mather India, will be the first person from the region to receive the distinction.

With a prolific advertising career spanning three decades, Pandey is often revered as “the godfather of Indian advertising” by peers. He will be presented with the Lifetime Achievement Award at the 53rd annual Clio Awards ceremony that will take place on May 15 at the American Museum of Natural History in New York.

The Clio Lifetime Achievement Award, one of the most prestigious honours in the advertising industry, recognises the outstanding creative contributions of an individual who leads the advertising community forward.

“Piyush truly embodies the spirit of this award,” said Clio Director Karl Vontz.  “He not only possesses wonderful creative vision, but he is a great leader who motivates everyone around him with his enthusiasm and passion. We look forward to celebrating his body of work and his ongoing contributions in the field of advertising.”

Pandey, the recipient of the 2010 Advertising Agencies Association of India Lifetime Achievement Award, has won five Clio Awards to date. Under his leadership, The Economic Times has rated O&M as the number one advertising agency in the country eight times in a row.  The paper also named Pandey as the most influential man in Indian advertising for eight straight years. With more than 600 international awards to its credit, O&M India is ranked among the most creative offices in the entire O&M network.

Under Pandey's stewardship, O&M India weathered the storm of the 2009 global financial crisis and won Media Magazine's Office of the Year Award. In the same year, he unveiled Vodafone’s popular ZooZoo characters, a social phenomenon that swept India.