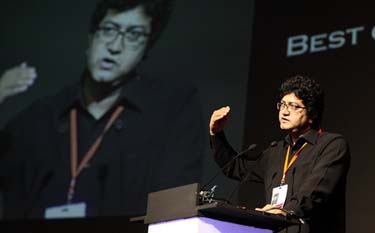 With the announcement of winners in all the categories at the 15th Asia Pacific Advertising Festival, popularly known as ADFEST 2012, being held in Pattaya, Thailand, the Indian tally has gone up to 27 including 2 Gold, 12 Silver and 13 Bronze. On the final day of the awards, three Indian agencies brought in three metals in the Film category.

Creativeland Asia’s ‘Maa’ ad for Hippo Round Round was awarded a Silver Lotus while Ogilvy & Mather won a Silver Lotus for the ‘Bajaj Pulsar Speedlines’ ad for Pulsar. The third metal in the Film category went to Bangalore-based Happy Creative Services for its campaign ‘No Kidding. No Worries: Café/Parlour/Office’ for Flipcart.com.

Last year, the overall tally was 18 without any Gold metal. In 2010, Indian agencies had picked up 34 Lotus.