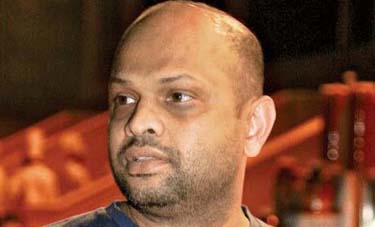 The Cannes Lions International Festival of Creativity has announced the line-up of the 2012 Titanium and Integrated Jury which will chaired by Rob Reilly, Worldwide Chief Creative Officer of Crispin Porter +Bogusky (CP+B). Also on this jury is Agnello Dias, Chief Creative Officer, Taproot India.

Joining CP+B in 2003, Reilly's time at the agency has seen him create some of the most talked about campaigns in history. Working initially as a copywriter, he went on to serve as the Global Creative Director on Burger King, helping to transform the burger chain into one of the most culturally relevant companies in the world. His current role as Worldwide Chief Creative Officer sees him drive the creative vision for all of CP+B's clients including Microsoft Windows, Coke Zero, Domino's Pizza, American Express OPEN, Kraft Macaroni & Cheese, Milka and Jell-O.

Aggie, as Agnello Dias is popularly known, is one of India’s best-known creative personalities. The former JWT National Creative Director, who went on to set up his own creative hot shop Taproot, along with partner Santosh ‘Paddy’ Padhi, is credited with winning India’s only Cannes Grand Prix for The Times of India campaign a few years ago.

"The Titanium and Integrated category serves to award truly breakthrough campaigns that cause the industry to stop in their tracks. It is only right then that the leader of the jury should be someone who has achieved this. In Rob's case he has achieved this multiple times. We're delighted to have him on board leading an equally high calibre jury who will look to define the standard for ground breaking creativity when they come together in Cannes," said Terry Savage, Chairman of Cannes Lions.

Commenting on his role, Reilly said, "We are at a point in our lives where massive business-changing ideas can literally come from any person, any type of creative company and from any country in the world. It's an honour to be part of the jury that will help decide which ones stood out as the most surprising and impactful."

The Titanium and Integrated jury will also be responsible for selecting the winner of the Cannes Lions Grand Prix for Good, awarded to the most creative piece of work in the charities and public services category across all entry sections.