Zee Studio prepares for action with 'The Fists of Fury'

Come March and the channel will launch the new property which will showcase the 20 best Kung Fu movies of all time. Hero MotoCorp is the associate sponsor for the show 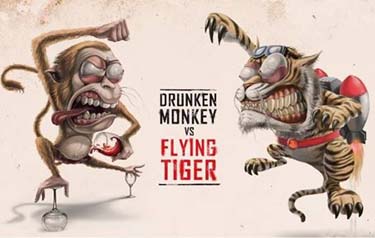 Zee Studio prepares for action with ‘The Fists of Fury’

Come March and the channel will launch the new property which will showcase the 20 best Kung Fu movies of all time. Hero MotoCorp is the associate sponsor for the show

If action packed times is all that you had wished for, Zee Studio seems to have answered all your prayers. The channel is launching a new property from March called ‘The Fists of Fury’ in which the channel will show the best of martial arts movies of all times. Twenty best Kung Fu movies of all times have been handpicked by Zee Studio and will be aired all through March on weekday at 7:00 PM. The channel has also roped in Hero MotoCorp as associate sponsor for the property.

The show will air some of the most critically acclaimed movies in this genre such as ‘Crouching Tiger Hidden Dragon’, ‘Eight Diagram Pole Fighter’, ‘Clan of the White Lotus’, ‘Kiss of the Dragon’, and ‘Shaolin Soccer’. Other well-known titles that will be aired include ‘Opium and the Kung Fu Master’, ‘Perils of the Sentimental Swordsman’, ‘Executioners From Shaolin’, ‘The Avenging Eagle’, ‘The Flying Guillotine 2’, ‘Monkey Kung Fu’, ‘The Shaolin Avengers’, ‘The Savage Five, Shaolin Martial Arts’, ‘Killer Constable’, ‘The Master of Kung Fu’, ‘Valley of the Fangs’, ‘Masked Avengers’, ‘House of Traps’, ‘The Deadly Duo’ and ‘Men from the Monastery’.

To promote this new property Zee Studio will be taking an aggressive stance and has lined up a number of partners. These include T3, Overdrive and FHM as magazine partners, Inox as multiplex partner, Barista as café partner and Kapoleas as OOH partner. With the help of these partners, Zee Studio believes that it will be able to give a good marketing push to ‘The Fists of Fury’.

In the past, Zee Studio has had many interesting properties that have helped the channel to maintain a distinctive position in the English movie genre. According to Zee Studio, Indians have a fondness for action movies and hence the channel has come up with a property like ‘The Fist of Fury’.

Zee Studio was the first channel in the country to pioneer the initiative of providing the ‘Now Playing’ bug and English subtitles to English films in India. With the help of subtitling, the channel has widened the reach of English films to a much larger section of the Indian audience. Other English movie channels have followed suit and emulated Zee Studio after seeing the popularity of the initiative. In the future too, Zee Studio plans to come out with helpful ideas that will help the channel garner more viewers and create more stickiness.