Vijay Amritraj to give 'Dimensions' to CNN-IBN 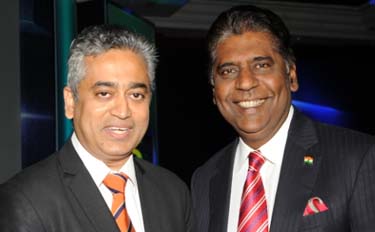 Vijay Amritraj to give ‘Dimensions’ to CNN-IBN

CNN-IBN has announced the launch of ‘Dimensions’, a talk show with tennis star-turned commentator Vijay Amritraj. The 10-part series has been completely shot outside India. The line-up boasts of big names such as Donald Trump, Michael Douglas, Steffi Graf and Andre Agassi, Hugh Hefner, Pierce Brosnan and Cindy Crawford, among others.

Rajdeep Sardesai, Editor-in-Chief, CNN-IBN, said, “CNN-IBN’s branding of being a window to the world could only have been encapsulated by Vijay Amritraj’s personality. He is a truly global Indian who is a friend of the guests who are a part of his show.”

Sardesai added, “The show will give a peek into the lives of these people in a way that has never been captured by the clutter of channels.”

Said Amritraj about the show, “Dimensions is not going to be a talk show, it is a face to reality.”

The show will be on air soon, according to CNN-IBN officials.