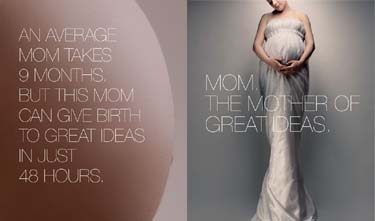 The innovative initiative by the agency aims at giving students a real-time feel of the agency pitch process through its workshops Neha Saraiya | Delhi | February 2, 2012

Scarecrow Communications has found an innovative way to prepare the ground for prospective creative professionals of the future. The agency recently conducted two creative workshops which they called ‘MOM- Method of Madness’. These workshops were held at NID, Ahmedabad, and MSU, Baroda.

It all started in December last year when Manish Bhatt, Founder Director, Scarecrow, received an invitation from MSU, Baroda, to conduct a campus workshop. In the past, too, Bhatt had conducted workshops on the campus in 2006 and 2002. Incidentally, Bhatt happens to be an alumnus of MSU. Being the creative guy that he is, Bhatt this time decided to think out-of-the-box and move a step ahead of conventional workshops. He said, “Workshop, apart from the materials that you show, get preachy beyond a point. I wanted to take a practical approach and also make it more interesting. Thus, I bounced off the idea to my team at Scarecrow and asked them for their voluntary contributions.”

He was joined by four teammates from Scarecrow -- Kapil Tammal, Ankit Demla, Gagan Bindra and Lalit Sakurkar. After a brief brainstorming session, Bhatt and his team zeroed in the idea of conducting 'mock pitches' as the central theme of the workshop. “The insight came really from the fact that every day we receive 5-10 job applications. We definitely are not able to absorb so many people but through this activity we aimed to spend time with the young generation,” Bhatt said.

After finalising the idea, the Scarecrow team started off with preparations of the workshop. It involved designing MOM posters and shortlisting extensive creative campaigns through YouTube to showcase to the students.

The first workshop was conducted at National Institute of Design on January 27. Initially, the students were exposed to one or two ads of popular brands like Budweiser and Churches of Singapore. They had to come up with their own version of the communication and give presentations of two more campaigns for the same brand. The response generated by the students for this activity was phenomenal. As Bhatt said, "A group of students even came up with a TVC in just about three hours!"

The second workshop took place at MSU and lasted three days. The first day, January 28, exposed the students to the thought process behind the making of iconic campaigns like Avis and Volkswagen. The students were given an understanding of what made these 50- to 60-year-old campaigns benchmarks of creative excellence. On the second day, the mock pitches activity took off. The students were divided into six groups as per the iconic advertising agencies of the world. These agencies groups consisted of O&M, DDB, BBDO, BBH, W+K and CPB. Interestingly, Bhatt and his team had selected the agencies only with acronyms, so that the students could come up with innovative and full forms of these acronyms. Like O&M was called ‘Original & Mad’; W+K as 'Wacky + Kick-ass'; DDB stood for 'Daring. Different. Bold'; CPB denoted 'Cool. Pathbreaking. Brave'; BBDO was renamed 'Bizarre. Ballsy. Dazzling. Obsessed'; and BBH became 'Buoyant. Brilliant. Hard-hitting'.

Take a look at the team's specially designed T-Shirts:

The students were also briefed about three brands for which they were pitted against each other.  For the three brands -- Comedy Central, Tele Flower and Taylor Guitar – the students  participated in a unique real-time pitch process and formulated a creative campaign strategy, the ‘big idea’ and actual creative pieces like press ads, radio spots, TVC scripts, etc., from scratch. ”We had set up a small studio in the campus, and spent hours with the students discussing ideas with them,” Bhatt said.

While the students burnt the midnight lamp to come up with creative ideas for their assigned brands, Bhatt and his team contacted other industry veterans to be part of the jury. “After the key brief was handed over to the students, we also talked to people from our industry and quite a few of them agreed to come at their own expense and attend the final day of the workshop," Bhatt said. Among them were Dheeraj Kummar, AVP - Creative Services & Brand Solutions, Reliance Broadcast Network, Kunal Dabholkar, Chief Engineer, 4D Studios, and Rooshin Dalal, Music Director / Composer came over.

The final day of the workshop saw presentations from the students. Some recorded radio spots while others made small films for their campaigns. “The students really worked very hard on their briefs. They created radio spots, print ads and some of them even shot videos,” said Bhatt.

One student, recalling his experience, said, “This workshop by Scarecrow was a great experience and a kind of on the job training. It was a great professional experience. As we are the winning team, we are very happy and motivated towards a better future in our academics.”

With the success of its first ever attempt, Scarecrow plans to replicate the MOM event in other colleges.