“Once you strike the combination of engaging content with strong, multidimensional characters, success is just a show away” 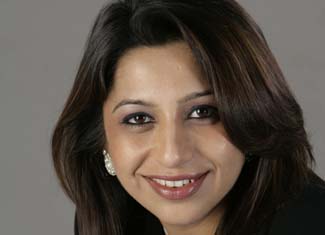 “Once you strike the combination of engaging content with strong, multidimensional characters, success is just a show away”

Television is an important source of entertainment for kids of any age. However, in the last few years, Indian children have become quite evolved in terms of their sensibilities and their TV viewing habits too are changing. To cater to their needs there has been a spurt in the number of children’s entertainment channels that are focused on putting out the right kind of content that not just kids would want to watch but also to which their parents would not have any objection.

In such a scenario, it is not easy for any one channel to sustain its leadership position. But Pogo, which was launched in 2004, has been able to do just that. With popular shows like Chota Bheem, Mr Bean (animated series) and Pokémon, it has managed to win hearts of children and parents alike. BestMediaInfo caught up with Monica Tata, General Manager, Entertainment Networks, South Asia, Turner International India, to know more about how this genre is evolving and what new things are in the pipeline. Excerpts:

How has the kids’ entertainment genre evolved in the last few years?

There has been a change in the type of content young viewers are demanding. Over the years, we have seen a shift in preference from English to Hindi, a boom in anime cartoons and, more recently, localised animated content. Technology wise, you can now find mobile apps and games based on cartoons, websites and soon, the arrival of HD kids’ channels in India. Growth can be seen in the ad spends as well in the kids’ genre. From traditional advertisers like FMCG products to non-traditional advertisers like cars and mobile phones, advertisers have begun to acknowledge the significance of kids in the household decision-making process. Licensing of popular cartoon characters – non-existent a few years ago – is now a thriving industry.

There's now plenty of competition, and it keeps growing with the introduction of channels like Sonic. How does Pogo continue to maintain its unique identity and keep drawing the eyeballs of its TG?

As rightly coined, ‘content is king’. Once you strike the combination of engaging content with strong, multi-dimensional characters, success is just a show away. For instance, series like Chhota Bheem don't happen often. Some of the elements we consider while creating content that will resonate with audiences include target audience, language, storyline and characters and scaling up. Target audience comprises demographics, psychographics and their affinity for cartoons and preference for animated content. At a very earlier stage we realised the importance of ensuring our content was made available in a language understood by the masses. That is why we started a Hindi feed for Cartoon Network and launched Pogo as essentially a Hindi kids’ channel.

Thirdly, we believe in creating shows that will sustain and succeed over several years. For that, not only the does the storyline have to be sound but the characters also need to have an unforgettable impact on the audience. In addition, both the storyline and the characters should have the potential to evolve as the mindset of their TG does.

Lastly, the show should be able to lend itself to other platforms as well. For instance, Chhota Bheem is so popular today that games based on the show are responsible for garnering over 5 million unique viewers every month on pogo.tv. The character also lends itself to ad sales forming seamless integration opportunities for advertisers.

Pogo has been holding on to its leadership position in the last one month. How do you plan to continue to strengthen your position?

Pogo has been the No. 1 kids’ channel in Q4 2011 and continues to be the kids’ genre leader. (Source: TAM | TG: Kids 4-14 | Market: All India.) Over the years, we have tried to ensure that Pogo viewers get everything that they desire from a kids' entertainment channel. We have specialised scheduling blocks, some of which include 'Lights Camera Pogo' for movie buffs, unique format shows like Magicskool and M.A.D. for budding magicians and artists, Tiny TV for pre-schoolers and classics like Mr Bean who, despite being mute, transcends every linguistic and cultural barrier.

Our future strategy remains the same: to engage kids with different entertainment experiences so as to provide them with the ultimate 'fun' destination.

What has been the key learning for Pogo so far?

Besides catering to the entertainment needs of kids, we have also had some other key learnings over the years that have helped us to sustain our No. 1 position. For instance, from the appeal to gatekeepers point of view, it’s highly important for us that parents approve of our channel and allow their kids to tune-in to the shows. Our efforts to this end have enabled us to reign as the No. 1 family channel. Currently, Pogo has the highest share amongst family audiences. (Pogo Rel Share 22% | CS: 4+ | Kids Genre | Week 1-5, 2012 | All India | Source: TAM)

In order to scale up the channel, it is necessary to target consumers at all touch points. One such platform is online. www.pogo.tv has been leveraged as an extension of the channel and is so popular that it receives almost 5 million unique viewers every month (Source: Omniture SiteCatalyst, January - December, 2011).

Merchandising has become a big option for kids’ channels these days. How is it for Pogo?

Cartoon Network Enterprises, the licensing and merchandising arm of Turner, handles product licensing for both Cartoon Network and Pogo. We have products available in over 5,300 retail counters across India and the division has witnessed 40 per cent category growth over last year and added 680 SKUs since 2011. For M.A.D., the most popular live action franchise property on Pogo, we have entered the school curriculum category and sold over 400,000 units since launch. In 2012, we are also launching M.A.D. DVDs.

Going forward what new things can we expect from Pogo?

There are tons of new things viewers can expect from Pogo! We started 2012 with new episodes of Chhota Bheem. Chhota Bheem movies premiere every alternate month and some exciting new shows like Smurfs.

What are the initiatives that Pogo is undertaking to connect even better with its TG?

On-air we continue to conduct exciting contests to increase engagement, and the prizes are coveted by kids as well as adults. Gauging the success of our most popular shows, we have started spin-off movies based on them. For instance, the Chhota Bheem series has been so popular that we have started co-producing movies based on the show. Some of them were aired in 2011 and we have a more aggressive strategy for them in 2012. Other supporting characters in the show, like Bheem's best friend Raju, have also seen fair amount of popularity which has enabled us to create a successful movie on him called 'Mighty Raju' in 2011.

We continue to create fun and engaging online content in the form of games and videos on our website www.pogo.tv. The website has over 700 games for kids’ entertainment. Just like we have successfully explored the online platform, we also regularly undertake on-ground licensing events in association with our partners designed to appeal to kids and families.