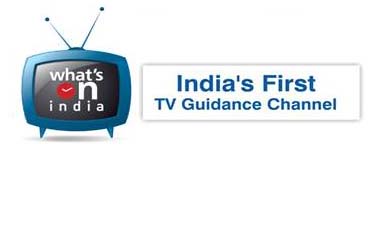 What’s-On-India, India’s Premier TV Guidance Company has launched a new business vertical – ‘Television Street Maps’ to monitor day-to-day changes to TV Channel availability and placement across Cable and Satellite households. The service has already gone LIVE and has attracted a host of large customers from the TV sector.

The move to launch ‘TV Street Maps’ by What’s-On-India is considered very strategic especially in the context of dramatic changes expected in the distribution side of the TV business over the next couple of years due to the digitalization regime being introduced by the government. What’s-On-India has already expanded this system nationwide to cover 700+ Analogue and Digital head ends across almost 300 towns and citiesmaking it the largest ground coverage in the business.

“Our plans are to expand the system to 1000+ head ends over the next 3 months besides providing insightful value added services in this space to stakeholders,” says Joydip Kapadia, Executive Vice President, What’s-On-India.This new vertical inside What’s-On-India has started with a bang adding a series of new customers which include One-Alliance, MSM Network, UTV Network, Viacom-18 among a host of others.

Atul Phadnis, Chief Executive, What’s-On-India said, “We are very excited to enter this space. Over the next few quarters, What’s-On-India will be investing in this vertical to expand its scope across the country as well as to bring in newer technologies and automation for faster information from the ground. We are also integrating TV Street Maps with our EPG Systems for certain breakthrough solutions within the Indian market!”