In a first of its kind, the English GEC will only have international comedy content. Do media planners see it having a smooth ride or is it likely to face bumpy times? 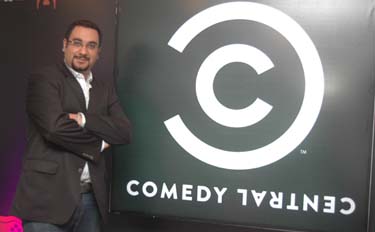 In a first of its kind, the English GEC will only have international comedy content. Do media planners see it having a smooth ride or is it likely to face bumpy times?

Viacom 18 is launching its sixth channel in India – Comedy Central. The channel will go on air from January 23, 2012, and will be the country’s first 24-hour English channel showing comedy content. The programming mix of Comedy Central will comprise well known international properties such as ‘The Daily Show with Jon Stewart’, ‘South Park’, ‘Saturday Night Live’, ‘30 Rock’, ‘The Office’, ‘Seinfeld’, ‘The Wonder Years’ and ‘That 70s Show’. The channel will have a mix of all genres within comedy, ranging from sitcoms to sketch comedy, British comedy, stand-up and gags, among others.

Commenting on the launch, Haresh Chawla, Group CEO, Viacom18, said, “With the launch of Comedy Central, Viacom18 now marks its presence in another underserved genre – English comedy. Given its rich library of world-class shows and distinct positioning, we’re confident of Comedy Central establishing itself as one of the dominant players in the English entertainment space in Indian television.”

Ferzad Palia, Senior VP and General Manager, English Entertainment, Viacom 18 Media, said, “At Comedy Central India, we believe that everything in life can be looked at in a lighter vein. Hence our philosophy ‘Laugh it off’ which will be brought to the fore in everything we do as a brand.”

For the launch phase, a massive through-the-line marketing plan with innovations across TV, print, outdoor, radio, BTL and digital has been finalised. As part of this exercise, strategic partnerships with lifestyle touch points that the target audience frequents, like coffee chains, theatres, clubs, gyms, salons, shopping destinations and other hangouts, are also being put in place.

The creative duties of Comedy Central have been awarded to BBH, and the media agency on board is Vizeum.

The target audience for the channel will be 15+ SEC A, B Metros. Palia also commented that due to its interesting mix of content, Comedy Central will be able to make a distinctive mark for itself even though it is not easy to make a mark in the Indian television space. Will this channel be able to have a smooth entry or will it have to face a few bumps before it settles in?

Mohit Joshi, Managing Partner, MPG India, said, “Comedy is a universal genre. Across languages, comedy has always found its audiences and has fared well. SAB TV is a case in point, which started and is still largely dominated by comedy and has done well for itself. Since Comedy Central will have English content, the viewership profile would be different, but I am sure they will get viewers. There is enough appetite in Indian viewers to accommodate another channel -- more so if it is good comedy. There will definitely be decent sampling at the start given the high blitz marketing activity around the launch. However, viewer attachment going forward will clearly be a function of the content.”

Network, a Percept company, are similar. He said, “The channel should work well, keeping in mind that other niche genres are nowhere near this genre in terms of content. However, the content will play a key role especially since the foreign content that will be shown on this channel should appeal and resonate with Indian audiences. This genre is more suited to younger audiences, though it has the potential to cut across segments keeping in mind the shifting consumption patterns among audiences.”

"There is no denying that for any channel to be successful anywhere, the content should be the key driver. Another advantage that this channel has up its sleeve is that English GECs are become quite popular amongst the urban youth and Comedy Central too has the potential to resonate with that audience set. “However, one will also have to keep in mind that content such as the one that will be shown on Comedy Central is all about entertainment, hence engagement with target audience through various platforms for content distribution is eminent,” commented Amol.

Ultimately, marketing too will play a vital role in making sure that this channel is able to make a space for itself. To be able to appeal to its TG, Comedy Central will have to undertake an innovative and engaging route. Another important factor in its initial phase would be distribution. A perfect mix of all these ingredients can help the channel to smoothly sail into the hearts of viewers.