Piyush Pandey has done a 90-second TV film, and there will be 38 more TV films by student filmmakers 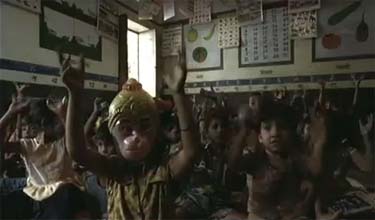 Piyush Pandey has done a 90-second TV film, and there will be 38 more TV films by student filmmakers

The Vedanta Group, global natural resources major, has unveiled its first ever national corporate campaign under the platform ‘Creating Happiness’. The integrated campaign combines a unique film competition for India’s next-gen filmmakers along with social media and traditional media outreach. As part of the campaign, Vedanta is releasing 39 films – a 90-second film by Piyush Pandey of O&M and 38 three-minute films made by student filmmakers from across the country.

Vedanta Chairman Anil Agarwal’s vision of contributing to building sustainable communities and integrating sustainability as a core part of the business is at the heart of this campaign.

The TVC by Piyush Pandey:

Around 114 students from top media and film schools including FTII, Whistling Woods, Symbiosis, School of Convergence, MGR FTI, IIMC, Assam University, Xavier’s, Christ University, AAFT, ZIMA, Tezpur University, IP College and Ravenshaw have produced 38 short films that tell the stories of people and communities whose lives have been changed by Vedanta’s community initiatives, creating happiness in the process. Each film was made by a group of three students.

The students travelled to the interiors of Rajasthan, Goa, Karnataka, Tamil Nadu, Orissa and Chhattisgarh to meet with an India that is full of inspiring stories and came back with experiences and films. The films are open for public voting on YouTube till March 20, 2012.

The films will also be judged by a jury that includes Piyush Pandey, filmmaker Shyam Benegal and actor Gul Panag.

The face of the campaign is ‘Binno’, a little girl who was chosen from one of Vedanta’s community initiatives in rural Rajasthan. The television ad film, which has been conceived and scripted by veteran adman Piyush Pandey takes a real slice out of Binno’s life, with her real parents, friends, doctors and school teachers playing the part. It shows how her life is different from that of her earlier generations, in the process highlighting the many changes that have come about over the years.

The film has been shot on location in Rajasthan by award-winning director Shivendra Dungarpur of Dungarpur Films and the music has been composed by Rajat Dholakia, who has won two national awards as best music director for ‘Dharavi’ and ‘Sunday’.

The TV campaign with the Binno film will go on air from January 30, and the student films are available for public voting on YouTube.com/Vedanta group.

Piyush Pandey, Executive Chairman, O&M, said, “The Vedanta ‘Creating Happiness’ campaign is extremely close to my heart for it's all about enabling India. I have worked on this campaign along with my team as an excited young copywriter and I look forward to the people of India not just appreciating the Vedanta efforts, but getting inspired to do something on their own to make India a happier place.”

Senjam Raj Sekhar, Director – Communications & Brand, Vedanta Group, commented, “Vedanta has several compelling stories to tell about the work that is being done in community and sustainability. Our aim is to tell the world the Vedanta story under the platform of ‘Creating Happiness’. With the film competition, we opened up all our projects and locations to budding independent filmmakers. The idea was to enable them to experience it first hand and make films on the impact that the projects were having on the community. The results are tremendous – we have got 38 heartwarming stories capturing hope, change and empowerment in rural India.”