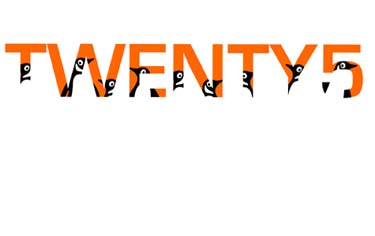 India’s largest publisher, Penguin Books India, has announced its 25th anniversary celebrations which will begin at the upcoming Jaipur Literature Festival. As part of the celebration, the publisher will launch a whole range of Penguin collectibles and merchandise – with an exciting collection of mugs, notebooks, cloth bags, baggage tags and much more. The Penguin merchandise will be available across retail stores throughout India, and the range of merchandise available will expand in the course of the year. Along with the other initiatives, a Penguin 25th Year logo has also been unveiled. Finally, there’s the Penguin car, which will be unveiled at Jaipur on January 21 at the ‘Penguin 25’ party.

Penguin’s celebrations begin with the launch of a very special list: the 25 Popular Penguins. Comprising some of the best loved titles published by Penguin India in its 25 years – from Mahatma Gandhi’s ‘My Experiments with Truth’ and RK Narayan’s ‘The Guide’ to Arundhati Roy’s ‘The God of Small Things’ and Shobhaa De’s ‘Starry Nights’ – these are given the Classic Penguin branding with orange and white striped covers (for the first time in India) and made available at a very accessible price.

Andrew Phillips, CEO, Penguin Books India, said, "Over two and a half decades we've built a publishing brand in India that is instantly recognised and respected across the country. We are extremely excited about our 25th Year anniversary celebrations and we will celebrate this year with a series of exciting events, activities and initiatives throughout the year. In the process, we’re going to celebrate the joy of reading, which is the theme behind our 25th year celebrations.”

Penguin India’s 25th year celebrations will start at the Jaipur Literature Festival which kicks off on 20 January. Members of the global Penguin board including Penguin’s global Chairman will be in Jaipur to be part of the anniversary celebrations, along with key authors and leading opinion makers. The celebrations will continue around the year, with a series of very special promotions and activities, including the launch of an exciting range of titles, collectibles and merchandise.

Penguin India will also in the course of the year be launching the ‘Give Back’ campaign, the highlight of which would be a major CSR initiative through the year, starting with the first quarter of 2012 – when Rs 25 from the sale of each Popular Penguin will go to a charity fund.

As publishers, Penguin India is very much a part of the digital age. With the strongest online presence of any Indian publisher, and a very strong following on social networking sites, its website and a robust book club, Penguin India is at the forefront of the digital space. The Penguin app for smartphones that was launched in 2011 will have fabulous new features unique to the publishing industry. There will be an all new Penguin India website for booklovers to connect to as well.

There will also be very special editions of the immensely popular Penguin Lecture and Spring fever, which will travel to other Indian cities, reaching out to whole new audiences.

Penguin Books India is the largest English language trade publisher in the subcontinent. Founded in 1985, Penguin India began publishing in October 1987 with six books. The company now publishes more than 250 new titles every year and has an active backlist of over 3,000 titles. Apart from English, Penguin India also publishes in Hindi, and its books are available in several Indian languages including Hindi, Marathi, Gujarati, Tamil, Telugu, Kannada, Malayalam, Bengali and Urdu from local language publishers.