Goafest 2012 to have South Asian participation

Abbies will have a provision for Grand Prix in all the nine verticals. The festival theme this year is ‘Magic of ideas’ 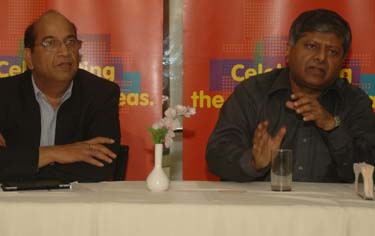 Goafest 2012 to have South Asian participation

Abbies will have a provision for Grand Prix in all the nine verticals. The festival theme this year is ‘Magic of ideas’

The Goafest Committee yesterday announced the highlights of Goafest 2012 to be held from April 19-21 at the Zuri White Sands in South Goa. The festival theme this year is ‘Magic of ideas.’ And it will have participation from South Asian countries.

“This year, it will be an advertising festival for all in South Asia involved in creating ideas,” said Goafest Committee Chairman Arvind Sharma. “For the first time, the festival is inviting countries across South Asia -- Pakistan, Bangladesh, Sri Lanka and Nepal -- as delegates as well as award entrants.”

“We have received a very positive response from countries in South Asia. We are looking forward to our road shows to promote the festival in those markets,” said Nagesh Alai, President of Advertising Agencies Association of India (AAAI). He added, “All South Asian agencies will participate in the main awards show. However, there will also be ‘The best of rest of South Asia’ in each of the verticals.”

This year the festival is looking at strong client participation. Beyond the Conclave, senior clients are expected to be an integral part of the knowledge seminars. The Goafest Committee is also looking to attract young client delegates in large numbers. It is offering a special package for under-30 marketers. “We’re confident that well over 50 major client organisations will take part in the festival this year,” said Sharma.

One area where Goafest 2012 will be no different from previous years is that AAAI and Ad Club Bombay will be working together in partnership for the 5th year to deliver robust awards to celebrate creativity. “Last year’s awards were well received by the industry. The Awards Governing Council will follow the same tight processes with some fine tuning in 2012,” said Shashi Sinha, President, The Advertising Club Bombay and Chairman of the Awards Governing Council, the joint AAAI and Ad Club Bombay body that runs the awards.

Over the years, specialist areas like OOH, ambient, design, interactive digital advertising, direct, and integrated advertising have been growing in importance. In recognition of this, the Abbies at Goafest will have a provision for Grand Prix in all the nine verticals. It may be recalled that last year Grand Prix were given only in Film, Print and Radio verticals. Sinha mentioned that Grand Prix is also being introduced in media awards.

This decision is also expected to encourage many more specialist agencies to come forward and enter their work. This is likely to give a further impetus to the trend observed over the last few years. For instance, in 2011 over 140 agencies sent their awards entries for Abbies at Goafest. A large number of these were specialist agencies. “Abbies are open to all those who create ideas. They do not have to be AAAI or Ad Club members,” said Sharma.

In line with the overall festival theme, Goafest 2012 Conclave is themed ‘Ideas for impacting the full circle’. The Conclave aims to help the entire industry gear up for opportunities that lie ahead. The festival is inviting global leaders from major clients as well as major communications groups to participate in the Conclave.

Other details like delegate and entry fees will be announced shortly.

Goafest 2012: Winners that ruled the Abbys