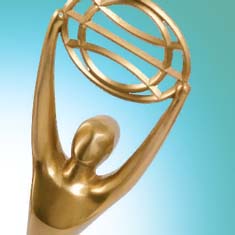 The Clio Awards 2012 has extended the entry deadline for all sections to Friday, February 3, 2012. The original deadline for the entries was January 20, 2012, and the two-week extension is said to be the final and only extension for agencies that missed the first deadline.

In its 53rd year, The Clio Awards honours creativity in advertising, design and communication across television, print, radio, interactive and new media.

This year, Piyush Pandey, Executive Chairman & Creative Director, Ogilvy & Mather India & South Asia, will chair the Clio Print Jury while Sonal Dabral, Regional Executive Creative Director & Chairman (India), Bates, will be among one of the juries for the Film category.

Each year, The Clio Awards appoints an average of 115 top creatives from 65 countries to nine distinct Clio juries. Juries comprise individuals whose own work epitomise the vanguard in their respective fields, ensuring that each juror has a profound understanding of the global market’s ever-evolving dynamics, industry innovations and creative work that represents the next wave.

The culmination of the competition will take place at the 53rd Annual Clio Awards Gala on May 15, 2012 in New York. Attended by the international who’s who of advertising, the gala offers attendees the chance to see the year’s best work from around the world and network with industry leaders.