Churn at the top at Bates - a double whammy

Closely following the news of Chairman Sonal Dabral deciding to quit, the second big blow to the agency is the resignation of CEO Sandeep Pathak 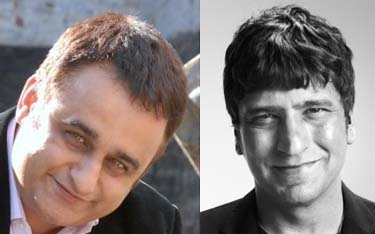 Churn at the top at Bates – a double whammy

Closely following the news of Chairman Sonal Dabral deciding to quit, the second big blow to the agency is the resignation of CEO Sandeep Pathak

There is a churn at the top at WPP-owned Bates. The latest development is that of Sandeep Pathak, CEO, Bates India, bidding adieu to the agency. This development comes close on the heels of the news that Sonal Dabral, Chairman & Regional Executive Creative Director, Bates, is also exiting the agency. While both Dabral and Pathak have declined to comment, the news has been confirmed to BestMediaInfo by sources close to the two developments.

Dabral is learnt to be on his way to Mudra – to step into the shoes of Bobby Pawar who quit recently as Chief Creative Officer to join JWT. Incidentally, this will be Dabral’s second stint at Mudra. He had started his career at Lintas India (now Lowe Lintas), and has also worked with O&M.

An NID graduate, Dabral has over 27 years of experience in advertising and has delivered memorable campaigns for Cadbury and Binnys during his tenure at O&M along with then Creative Director Piyush Pandey.

However, Pathak’s next destination remains unknown at the moment. It is learnt that his last working day at Bates is January 31, 2012. Pathak had put in his papers last month.

Pathak had joined Bates in 2007 as Branch Head - Mumbai office, and was elevated to CEO in just one year of his joining. He has over 20 years of experience in the advertising industry and has worked with agencies like Leo Burnett India and Clarion Advertising (now Bates) in the past.