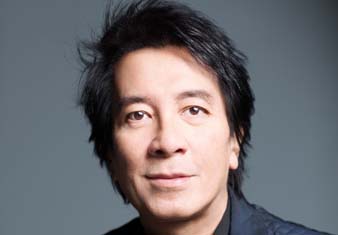 The Cannes Lions International Festival of Creativity is pleased to announce that Tham Khai Meng, Worldwide Chief Creative Officer of Ogilvy & Mather, will head up both the Film and Press Juries at the 59th Festival, taking place in Cannes, France, 17-23 June 2012.

As stated by Advertising Age, Tham Khai Meng is considered 'one of the world's most influential people in the communications business'.

Making his mark at Leo Burnett London, he then progressed to Batey Ads where his work as creative director for Singapore Airlines is still regarded as a textbook case on brand building. He joined Ogilvy & Mather in 2000 as Regional Creative Director and Co-Chairman of its Asia Pacific network. The creative transformation he instituted led him to be named 'Creative Director of the Year' for seven years running by Campaign Brief Asia. Khai was inducted into the Campaign Brief Hall of Fame in 2008.

In 2009, Khai moved to New York to assume the duties of Worldwide Chief Creative Officer and Chairman of the Worldwide Creative Council at Ogilvy & Mather.

Khai has won every major advertising award, and the roster of accounts he has worked on represents a catalogue of the world's greatest brands, including American Express, Cadbury's, Coca-Cola, China Mobile, H. J. Heinz, Hewlett-Packard, IBM, Kraft Foods, Mercedes-Benz, McDonald's, Toyota, The Economist, Unilever Dove and United Nations, among others.

Khai has chaired many jury panels including serving as a Cannes Lions juror on the Press and Outdoor Lions in 2003, the Press Lions in 2007, the Titanium & Integrated Lions in 2010, and as President of the Film, Print, Outdoor, Radio and Integrated juries for the Dubai International Advertising Festival in 2009. He has won countless awards and grands prix over the years from every major show including Cannes Lions, D&AD, The One Show, the Clio Awards and London International Awards.

More recently, Khai’s counsel has been sought outside the industry. He has addressed the World Economic Forum (WEF), worked with the UN Secretary-General, and served on the Singapore Prime Minister's Economic Review Committee. He is a faculty member at Steinbeis University, Berlin, and a board member of Agencies in Action, a non-profit organisation that helps feed the hungry in New York City.

Commenting on his appointment Khai said, “Cannes Lions Festival of Creativity is the preeminent standard bearer for creative distinction in our industry. I am deeply honoured to be invited to chair the Film and Press juries and I look forward to working with some of the world's foremost creatives. Our role is not only to champion industry ideals, but to celebrate the brave ones who have deployed the highest creativity in the service of business."

Philip Thomas, CEO of Cannes Lions, added, “Khai has been a big part of Cannes for a number of years now. Whether as a jury member, a speaker or simply picking up numerous Lions, his stature within the industry is undisputed. Chairing two juries is no easy task but Khai's dedication and experience will be invaluable in both leading the juries and finding the winners. We are delighted to welcome him on board again.”